Why Napoleon Was Painted With His Hand in His Coat 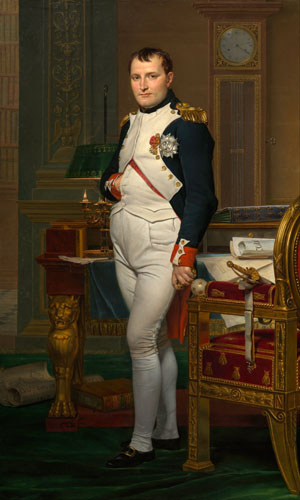 Napoleon Bonaparte made his final surrender over a century ago, on July 15, 1815, after losing the Battle of Waterloo to a coalition of Austria, Russia, Prussia and the United Kingdom. This ended the War of the Seventh Coalition, the last of the series of Napoleonic Wars that began in 1803.

Napoleon was exiled to the isolated South Atlantic island of St. Helena, where he died in 1821 at age 51. An autopsy at the time found that he succumbed to stomach cancer, reporting large lesions and bleeding in his stomach.
Modern researchers who studied writings of Napoleon’s doctors, eyewitness accounts, and Bonaparte family members’ medical histories concluded that Napoleon died of “a very advanced case of gastric cancer that stemmed from an ulcer-causing bacterial infection in his stomach,” according to Science Daily. The bacteria, called H. pylori, increases cancer risk. Napoleon’s risk would’ve been compounded by the typical military diet of the time, heavy on salt-preserved foods and light on fruits and vegetables.

But was a persistent stomachache why Napoleon was often painted with a hand tucked into his waistcoat?

No, and he didn’t have a disfigured hand, either. The hand-in-coat pose was a fad among upper-class men of good breeding, dating back to the orators of ancient Greece. In 1737, Francois Nivelon’s The Rudiments Of Genteel Behavior recommended the position as part of a stance that conveyed “manly boldness …. tempered with becoming modesty.” 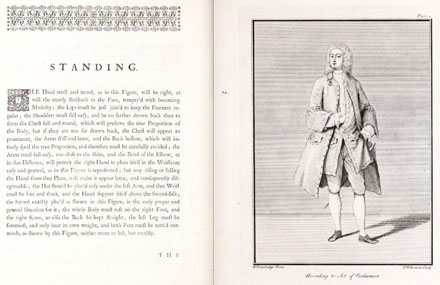 Search the Library of Congress Prints and Photograph collection for hand in coat, and you’ll see more pictures of men with their hands tucked into their vests. You might even have a photo of an ancestor posing this way.