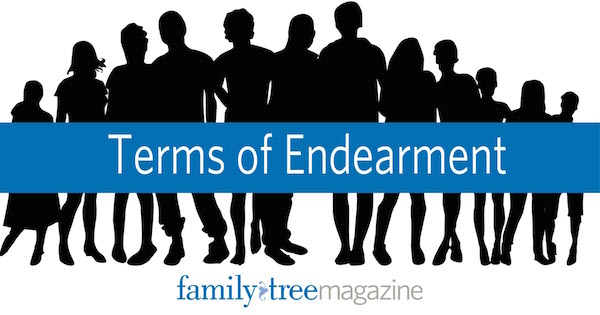 In many cases, there aren’t simple solutions. Here are some kinships that leave a lot of us scratching our heads.

Q. If avuncular refers to the relationship between a man and his sister’s children, is there an equivalent term for a woman?

A. While the term “materteral” or “materterine” has been suggested, stemming from the latin, “matertera”, there is not enough evidence to suggest these are used in an official capacity.

Q. When is it best to use “by marriage?”

A. This versatile term can describe the relationship created between any two people who become related through marriage, but is most helpful in explaining the nature of the relationship, such as distinguishing between your parent’s sister (your blood aunt) from the person who married your parent’s sibling (your aunt by marriage).

Q. Is my grandmother’s sister my great-aunt or my grand-aunt?

A. Technically, your grandparent’s sister would be your grand-aunt, based on the generation removed, while “great” refers to anything after grand. However, great-aunt is commonly used and so long as the relationship is clear and works for you, either is acceptable (though there is something rather majestic about the term, “Great-grand-aunt” when referring to your grandmother’s favorite aunt).

Q. If my sister’s husband is my brother-in-law, does that make his siblings my in-laws, too?

A. Merriam-Weber defines in-law as “a person you are related to because of your marriage; especially: the father or mother of your husband or wife.” Because the marriage is a legal binding (which can be undone) rather than a blood relationship (which can’t), and the contract is between your sister and her husband, there is no legally binding contract between you and your brother-in-law’s brother. “My sister’s in-laws” clarifies the relationship, though it can be unwieldy.

Q. If your aunt divorces your uncle by blood, is she still your aunt?

A. Depends. Do you want her to be? Your answer will likely depend on a number of factors: Is it solely the act of marriage that makes someone an aunt or uncle, or do things like the couple having children who you’re related by blood to (i.e., your cousins) factor in? What happens if your uncle remarries—Does his former wife have to relinquish the title? Each family has to determine this for themselves.

Q. Can you have a first cousin twice removed?

Q. If we have “grandparents” and “grandchildren” and “cousins,” why is there no singular word for nieces and nephews?

A. Actually, there is! Coined by a linguist by the name of Samuel E. Martin, the term “niblings” is a play on the word “siblings.” As any doting auntie can attest, it’s a great word to describe the collective cuteness.