A common challenge Prussian family researchers face is uncertainty when searching for records back in the homeland. This difficulty is often compounded by the capricious nature of Prussia’s territorial and jurisdictional changes over time. Gaining a better understanding of Prussian history and geography is essential in the search for records.

The journey that each Prussian researcher follows is unique. Some Prussian researchers are fortunate to find the records they seek online simply by performing a database search. In many cases, however, having prior knowledge, for example, of a particular Prussian ancestor’s last place of residence or birthplace back in the homeland is indispensable.

If you have ever been frustrated by Prussia’s changing geography, you are not alone! Exploring the historical and jurisdictional changes for a target location——and the time period in question——may offer guidance in your quest for records. This review serves to address, then, some of the most common difficulties with respect to historical Prussia’s ever-changing map.

First, let’s explore, broadly-speaking, certain events in Prussian history that reflect some of these geographical fluctuations, as well as important terms, with the greatest import for Prussian genealogy researchers.

Following the tragic period of the Thirty Years’ War (1618-1648) and the death of “The Great Elector,” Frederick William (1640-1688), Brandenburg-Prussia evolved into what would later become the “Kingdom of Prussia” in 1701 under Frederick I (1701-1713; his title, initially, was that of “King in Prussia” out of deference to the Hapsburgs). However, at the close of Frederick the Great’s long reign (1740-1786), the Kingdom of Prussia expanded substantially by acquiring a significant portion of Austrian Silesia stemming from the Silesian Wars, as well territories gained through an inheritance.

After Prussia’s defeat by Napoleon in 1806—20 years after the death of Frederick the Great—Prussia lost approximately half of its territory. The land that Prussia had lost had been acquired from the Second and Third Partitions. All land west of the Elbe River was lost as well. However, following Napoleon’s defeat in 1815, Prussia regained much of its pre-1806 territory while acquiring significant territory elsewhere, including the Kingdom of Saxony, much of Westphalia and the Rhineland. Following this significant expansion, the Kingdom of Prussia was modernized into ten provinces.

After the Revolutions of 1848, Prussia annexed what would become the Province of Hohenzollern in 1850. Following Austria’s defeat in the Austro-Prussian war of 1866, Prussia annexed the Kingdom of Hanover, the Electorate of Hesse, the Duchy of Nassau and Schleswig-Holstein. These locations, too, were modernized into Prussian provinces. At the apex of its power, Prussia had 14 provinces. Territory within the Kingdom of Prussia remained relatively stable during the period of the German Empire (1871-1918).

The former Prussian provinces during the period of the German Empire are listed below:

The following German genealogy terms are helpful to know when consulting German-language gazetteers, databases and other resources online. This list is certainly by no means exhaustive, but it represents some of the most common terms that you may encounter during your search:

As a whole, historical Prussia consisted primarily of portions of present-day Germany and Poland. Acquiring a basic understanding of a particular region and location——presently and historically——can equip you in your search. If you know the target Prussian location for which you are seeking records, there are numerous resources online that provide guidance for where to search for records. These are explored in detail below:

In many cases, you can enter the target Prussian location by performing a search on Wikipedia. Oftentimes, the result for a given location will provide its present name (if it is different from its historical name) and the current jurisdictional details (e.g., the state or province under which the target location is currently aggregated). If you would like to learn more information about a particular target location, sometimes it is necessary to search using Wikipedia in the German or Polish languages. Studying the source Wikipedia can also help you uncover other valuable resources that can aid in your research. Of course, while Wikipedia is a helpful tool to help springboard your genealogy research, it is best to use it alongside other valuable sources.

For example, you can search using the Genwiki section of GompGen (in the German language) for background details and for the availability of records (this site is comprehensive in that it covers both Prussian and German genealogy). There are a wide variety of other genealogical gems at the aforementioned site. After evaluating the background information and the availability of records for a specific location, the “Zugehörigkeit” (a diagram of a particular location’s jurisdictional affiliation over time) is very handy and may be found towards the bottom of the same page. Put another way, this jurisdictional diagram is an invaluable resource for better understanding the historical and jurisdictional changes (of jurisdictional affiliations) over time for a given location.

While many English-speaking Prussian researchers are not familiar with the German or Polish languages, the “Translate to English” feature on the Google Chrome browser can give the gist of the information at hand. Also, another common tool that researchers use is the DeepL Translator. Just copy and paste information that you are interested in into this translator tool, and the result will be a machine translation of the information.

If you are trying to better understand the jurisdictional details of a Prussian location during the period of the German Empire, so as to make actionable decisions for your particular research, try using Meyers Gazetteer. “Life” for Prussian——as well as German——researchers was made a whole lot easier when the original 1912 Meyers Orts- und Verkehrs-Lexikon des Deutschen Reichs went online (now known as Meyers Gazetteer). While researchers may benefit from learning the Fraktur script, which was what the original “Meyers Orts” was based on, it is no longer necessary to do so when using Meyers Gazetteer online.

For locations east of the Oder and Neisse rivers, try using Kartenmeister. It is a very useful database that contains over 100,000 locations. Kartenmeister automatically converts a known historical German-language place name to its present Polish (or Russian) place name. Conversely, you can enter the present-day Polish (or Russian) location in order to discover the historical German-language place name.

If the time frame for searching for a Prussian location falls before the period of the German Empire (1871-1918), try the 1821 Wörterbuch des Preussischen Staats presented digitally in five volumes, which are listed below.

Unlike Meyers Gazetteer, the 1821Wörterbuch des Preussischen Staats is not a database and has no historical maps. Rather, this resource is a 5-volume set found on Google Books. It, nevertheless, has a treasure-trove worth of information for the earlier period of the 19th century. If you decide to use this excellent resource, be sure that you are searching in the correct volume (e.g., Stettin is located in the 4th volume because it falls under the “P-S” section). Also be prepared to scroll through a given volume until the particular location of interest is found. Some researchers may wish to compare the jurisdictional make-up of a particular location found in the 1821Wörterbuch des Preussischen Staats with that which is found on Meyers Gazetteer. Such a comparison may yield clues that inform us about particular jurisdictional changes over time.

There are other helpful resources online, especially on Family Search and on Prussian Genealogy & Heritage.

There is no single repository for Prussian records. Before Prussia’s incorporation into the German Empire in 1871, vital records were recorded at the church parish level. Civil birth, marriage and death records were not recorded in Prussia until 1874. The following list represents some of the most common sites when looking for church and civil records:

Some researchers choose to explore the old Prussian maps for different timeframes in order to gain a better understanding of——and appreciation for——Prussia’s territorial changes. To this end, the following sites offer a wide array of historical maps:

Prussian family researchers might feel frustrated at times when grappling with Prussia’s changing borders. Historical Prussia’s geographical fluctuations are rooted in important historical events. These fluctuations often, in turn, gave rise to jurisdictional changes of a given location for a certain time period. Equipping oneself with a better understanding of these changes will help the Prussian researcher find records of interest more easily.

What is Prussia? Understanding Prussian History 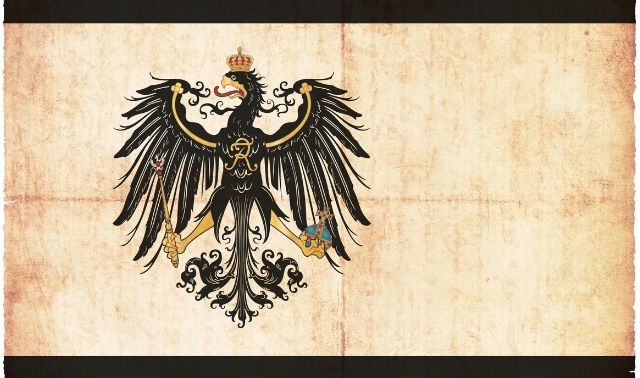 You have Prussian ancestry, but can’t find Prussia on modern maps. Dive into this disappearing state with this overview of Prussian history.
Family Tree Magazine
How to Research Your Prussian Ancestors 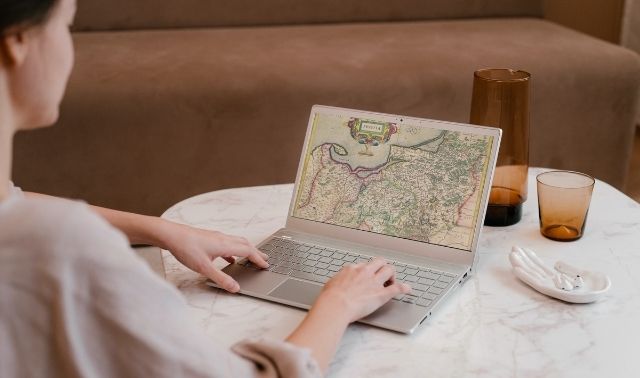 Find your Prussian ancestors with this guide, which covers what Prussian genealogy records are available.
Family Tree Magazine
German Language and Script Guide for Genealogists
If you can arm yourself with a basic vocabulary of a few dozen words, you’ll be able to read many of the genealogical records that are written in German.
Family Tree Magazine

Stephen Wendt is a professional genealogist, speaker and writer. He holds a master's degree in Library and Information Science from Kent State University. Stephen assists global clients with their Prussian, German and Scottish roots. He may be reached at info@prussiangenealogy.com.

Find your Prussian ancestors with this guide, which covers what Prussian genealogy records are available.

Once-closed doors to genealogical research in Ukraine are now opening wide. We’ll guide you through them to explore your roots…

Was Your Ancestor a “White Russian”?

Our expert explains the meaning of "White Russian" (the genealogy kind) and shares research tips for Russian roots.