By Karen Edwards Premium
In 2006, Bruce Burris stepped behind a homeless shelter in Lexington, Ky., in search of suitable space for a community garden. The patch of land he found was covered in tall grass and weeds; three old headstones were fallen and crumbling with age. What he’d stumbled onto was a burial ground created in the 1970s for Eastern State Hospital. Opened in 1817 as Fayette Hospital and still in operation, it’s the second-oldest US institution devoted to the treatment of mental disorders. 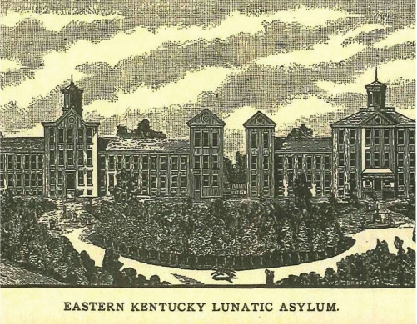 As parts of the hospital’s original 400 acres were sold off and developed over the years, remains of long-dead patients were dug up (some for a second or third time) and re-interred at the cemetery Burris found. Their names are a mystery. “Between 4,000 to 7,000 people are buried in a space about the size of a middle-class backyard,” he says.

But the forgotten cemetery isn’t home to all of Eastern State’s dead. Remains of what may be thousands of burials on hospital grounds are still being unearthed and moved.

Many state mental hospitals do have excellent death and burial records, Burris says. Early this year, for example, the state of Oregon began matching unclaimed remains of patients who died at several state hospitals with relatives. Historical records held the necessary information for the state to post online the names of those whose remains were still in its care. Eastern State, though, lacks marked graves and accessible records.

Hoping to give these patients more respect in death than they had in life, Burris formed the Eastern State Hospital Cemetery Preservation Project six years ago. Today, its purpose is twofold: Maintain the cemetery grounds and help relatives find information on patients buried there. 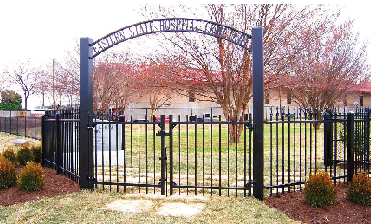 Members have erected a fence, planted landscaping and placed a monument. But the information is harder to come by. Early records are sketchy, says Shane Shoemaker, the librarian at Eastern State. Patient death certificates from the 19th century don’t disclose whether the patient was buried on the grounds or if a relative retrieved the body. “And does the death date reflect the day the patient died or the day the Lexington coroner was able to come examine the body?” he asks. “There is a lot we can’t find and a lot we don’t know.” But that’s only part of the problem.

Eastern State Hospital was privatized in 1995, adding another layer of bureaucracy to the records search. The state, citing federal medical confidentiality laws, says it can’t release patient records. “But we believe the records of patients who died before the privacy restrictions were enacted should be made available to relatives who ask for them,” says Phil Tkacz, president of the Eastern State Hospital cemetery preservation group.

He’s tried for years to obtain the names of those who died or were buried at Eastern State—so far, unsuccessfully. Recently, Tkacz filed a court order asking to open old records. Similar efforts worked in Oregon, where the state legislature passed a law allowing hospitals to disclose the information needed for relatives to claim remains.

In the meantime, genealogist Mary Hatton is trying to identify as many patient deaths as possible. So far, she’s gathered 1,000 names. “I’ve checked everything that’s available in the public domain,” she says. Her sources have included newspaper obituaries and commitment lists, as well as death certificates and census records. “I’ve also used cholera lists from 1833 and 1849,” she says. Cholera and other diseases were often rampant at large public facilities.

“People can contact me and I’ll check my list to see if their relative is on it,” Hatton says. If not, they’ll need to file court papers and pay an attorney fee of about $54 to get a copy of any existing records.

It’s doubtful, of course, that all 30,000 to 60,000 people who are thought to have died at the hospital will ever be identified, says Tkacz, but the state plans to send forensic anthropologists to examine the remains at uncovered burial sites. The cost to identify and rebury just one set of remains is prohibitively high—Burris estimates it at between $5,000 to $10,000.

“They won’t be able to identify individual bodies,” Tkacz says. “However, they’ll be able to tell from the clothing when the bodies might’ve been buried.” That may be small comfort to those whose relatives were buried—and, perhaps, reburied—in unmarked graves somewhere on Eastern State Hospital grounds. But at least efforts are underway to give the patients their identities and a place where they may finally rest in peace.
Tip: Think you have a relative who died at Eastern State? See the Eastern State Hospital Cemetery Preservation Project website for links to lists of known deaths. You also can contact Hatton for a lookup.
Doing the Honors
Start with these sites to find out more about projects to preserve old state hospitals and identify patient burials.
From the December 2011 Family Tree Magazine.
Uncategorized

How to Use Notion for Family History Projects

MyHeritage for Free: 10 Tips for Using It Without a Subscription

MyHeritage is a leading genealogical resource rife with valuable resources. This article offers tips for navigating MyHeritage for free.

How to Archive Social Media Posts

Archive the photos, memories and genealogical details you and others have shared on social media. Plus, learn what privacy and…

Exploring the Freedmen’s Bureau – An Interview with Shelley Viola Murphy

genealogical research. Also: find out what resources made the 2022 Best Genealogy Websites list and learn how one TikTok user…