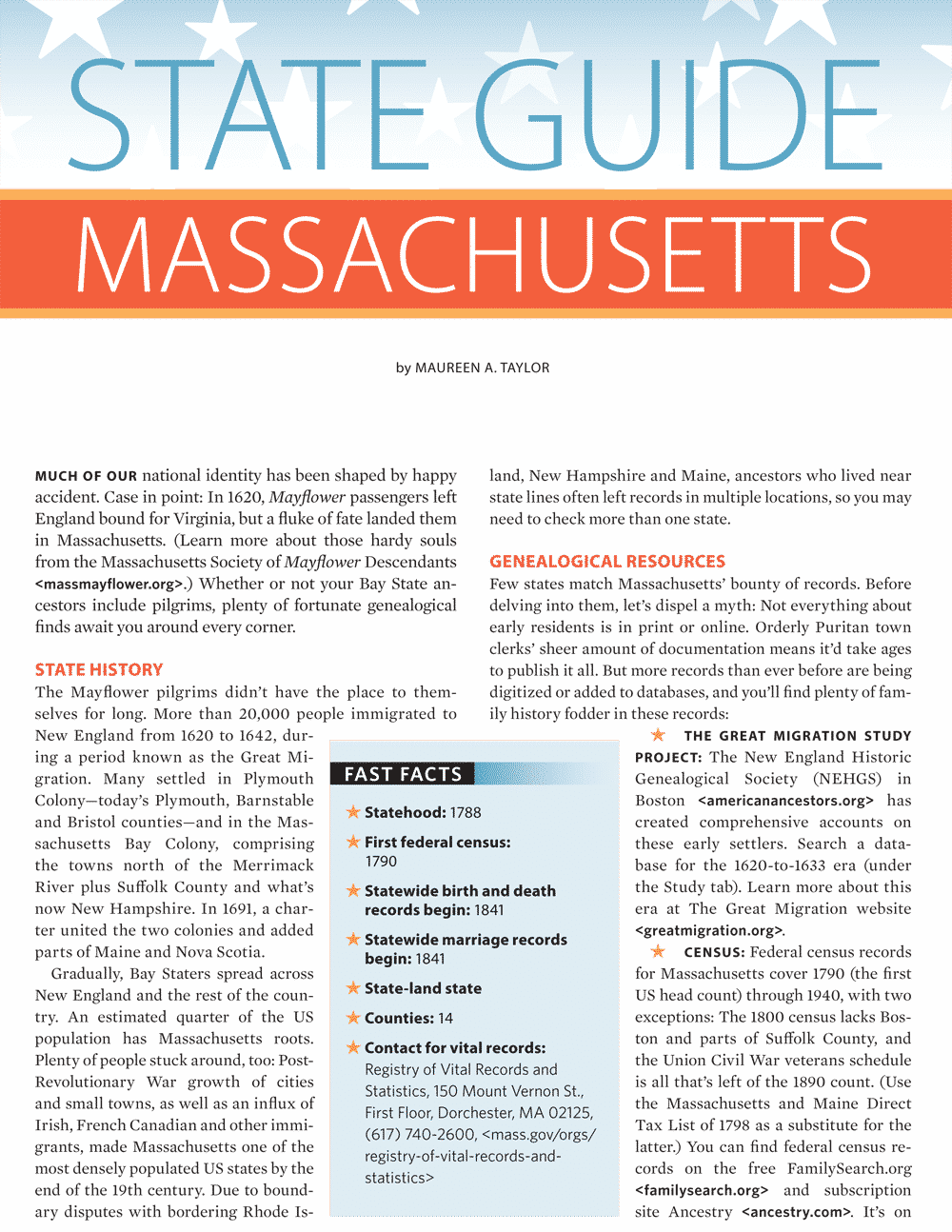 HISTORICAL OVERVIEW
Massachusetts is one of the earliest US settlements, but it was actually two separate colonies for most of the 17th century. Plymouth Colony was founded by Pilgrims in 1620, and it eventually expanded to include Plymouth, Barnstable and Bristol counties. Reverend John White and his New England Co. arrived at Cape Ann in 1628 and established the Massachusetts Bay Colony, which consisted of the towns north of the Merrimack River, plus New Hampshire and Suffolk Counties. In 1691, a charter united the two colonies and added parts of Maine and Nova Scotia. Those following religions different from the original settlers left voluntarily or were banished to other parts of New England.

Military conflicts characterize Massachusetts’ colonial period, from King Philip’s War (1675 to 1676) between settlers and the Narragansett Indians, to European campaigns fought on American soil, such as the French and Indian War. Massachusetts residents sparked the American Revolution with the Boston Tea Party; they also hosted first skirmish of the war. Massachusetts became the sixth state in 1788.

Trade for goods produced in Massachusetts was a critical part of the economy throughout the colonial period, but the state’s economy became global in the 19th century with markets including South America and the Orient. The Industrial Revolution gave rise to textile and shoe factories that employed farm girls and later, immigrants from Europe, especially Ireland, Italy and Germany. By the 20th century, newcomers from all over the world sought business, educational and cultural opportunities in Massachusetts. 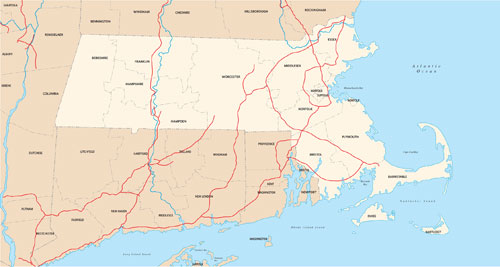 Return to the main Massachusetts page