But long before those stars were born, historical headliners blazoned their way through the area — including Etienne Veniard de Bourgmont, the fist recorded European in Nebraska; Meriwether Lewis and William Clark, explorers of the Louisiana Purchase; and Robert Stuart, an Oregon Trail pioneer. Embrace those trailblazers’ legacy by using this guide to plot your own Nebraska family’s past.

From 1830 to 1854, the government designated Nebraska as Indian Territory. After a failed 1844 attempt at “normal” territoryhood, the area remained Indian Territory until the 1854 Kansas-Nebraska Act created Nebraska Territory, opened the land to settlement and moved the Omaha to a reservation in northeastern Nebraska.

The state’s reputation as a vast wasteland (the misnomered “Great American Desert”) stifled settlement until the end of the Civil War, when the Union Pacific Railroad reached the territory and Americans migrated west to claim new land under the Homestead Act of 1862. Until that time, most people who came to Nebraska were immigrants and fur traders passing through along the California, Oregon and Mormon trails. Settlers came mostly from Illinois, Iowa, Indiana, Missouri, Ohio, New York and Pennsylvania, as well as Germany, Scandinavian countries, the British Isles and Bohemia (in what’s now the Czech Republic).

The rivers — particularly the Missouri and Platte-played a key role in the Cornhusker State’s settlement. In fact, Nebraska derives from an Indian word meaning “flat water.” Even today, the state’s population centers around areas near the two rivers.

Unlike its population, the state’s genealogical records are far from centralized. Although the Nebraska State Historical Society <www.nebraskahistory.org> (the state’s official archives) holds many records, quite a few family history records exist at the county level, rather than the state level. So as you begin your ancestor search, it’ll be important to learn which county your ancestors resided in. To start, you’ll want to check US census records.

Federal enumerations of Nebraskans started in 1860, and are available every 10 years after that (exceptfor the destroyed 1890 count). You can find them at the Family History Library (FHL) <www.familysearch.org>, the National Archives and Records Administration (NARA) <archives.gov> and the state historical society, as well as online at Ancestry.com <Ancestry.com > ($155.40 a year) and HeritageQuest Online <heritagequestonline.com> (free through subscribing libraries). The federal government also took a special census of Nebraska in 1885, which is on microfilm at the FHL, NARA and state historical society, and searchable at Ancestry.com.

Various counties enumerated their residents in 1867, 1874, 1875 and 1878-1879. Consult county records resources and the state historical society for more details.

The Cornhusker State started recording birth and death data in 1904, and marriages and divorces in 1909. You can order available records from the Nebraska Department of Health and Human Services <www.hhs.state.ne.us/ced/genealog.htm>. Only immediate family can access records for individuals born or married in the past 50 years.

Few counties and cities kept birth and death records before 1904, and except for the Omaha Birth Registry, 1869-1907, the state historical society has no copies of statewide or county birth and death records. Marriage records are a different story. Counties recorded marriages from the time they formed. The FHL and state historical society have some microfilmed county records, but no statewide index exists. Search an index to marriages from 1858 to 1898 at Ancestry.com.

If you strike out in early state and local vital records, seek vital statistics in church records. Some-showing membership, baptisms, marriages and confirmations-are in the state historical society’s manuscript division. They’re rarely indexed, and if the historical society doesn’t have the records, you’ll want to check with the church.

For example, you can start your search for Roman Catholic ancestors, who arrived as early as 1838, by contacting one of the state’s three dioceses: Omaha <www.archomaha.com>, Lincoln <www.dioceseoflincoln.org> or Grand Island <www.gidiocese.org>. Episcopalians were in Omaha in 1856; visit <www.episcopal-ne.org> for contacts. Many Nebraska Germans and Scandinavians practiced the Lutheran faith, and you can start your search for them at <www.elca.org> or <www.ndlcms.org>.

Newspapers also are a good source for vital data. The state historical society has microfilmed newspapers back to the mid-1800s. Go to the Nebraska Newspaper Project Web site <www.unl.edu/nebnews/nnphome.html> for help locating newspapers. Visit subscription site GenealogyBank <www.genealogybank.com> to find articles printed in the Omaha World Herald from 1890 to 1907.

With the importance of agriculture and homesteading in Nebraska’s past, land records will be key to your family tree search. Records from the land offices and microfilm copies of all the tract books are at the state historical society. The Bureau of Land Management’s Wyoming office <www.wy.blm.gov> holds the originals; you’ll need to supply the exact land description in your research request. Search Nebraska land patents online at <www.glorecords.blm.gov>. You’ll find the person’s name, the patent issue date, the legal land description and, sometimes, a digital image of the original document. Counties keep land transfer records such as deeds; the state historical society and FHL have some deeds on microfilm.

Railroad companies bought and sold a lot of land in Nebraska. Unfortunately, a fire destroyed most records of transactions kept by the Union Pacific Railroad, but records of land transactions by the Burlington Railroad are on microfilm at the state historical society. They’re indexed by purchaser’s name. 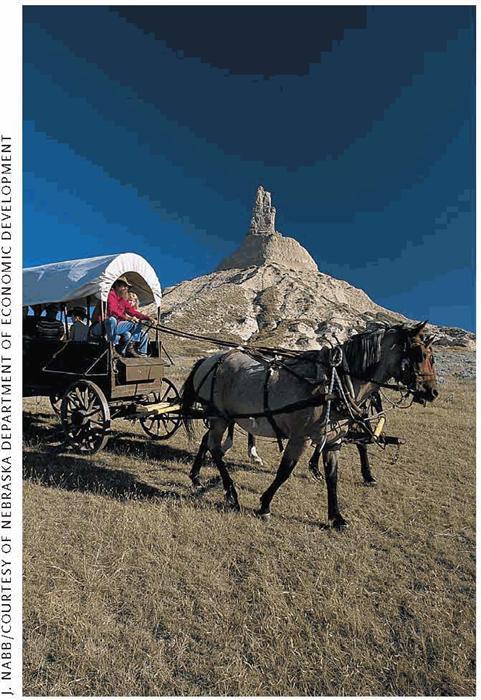 The state historical society also has some county plat books and atlases, which may show land ownership. You’ll need to know the landowner’s county and precinct to most effectively search these resources, whlch you can borrow through interlibrary loan.

Nebraskans participated in various conflicts — providing enlisted and volunteer soldiers for the Civil War (Union), Spanish-American War, and World War I, among others. The state historical society is your first stop for military records.

There, you’ll find microfilm on Civil War volunteer soldiers for Nebraska Territory, along with printed Rosters of Soldiers, Sailors and Marines from 1887 to 1925, which included veterans of the Mexican War and Civil War. Don’t miss the collection of Grand Army of the Republic (GAR) records, which include many Union Civil War veterans, and provide membership lists, military unit, death date, burial place, and birthplace and date. The society also has Spanish-American War (1898) service cards listing the soldier’s name, birthplace, agelbirth date, residence, dates of service, and assigned unit.

You can surf the Internet for military records, too. Ancestry.com offers several searchable databases for Nebraska soldiers, including Nebraska Volunteers, 1861 to 1869; Nebraska Resident Military Roster on June 1, 1891; and Nebraska Pawnee Scouts, 1861 to 1869. The Civil War Soldiers and Sailors System <www.itd.nps.gov/cwss> provides searchable online data on millions of soldiers — including Nebraskans serving in the 1st Battalion, 1st Regiment, 2nd Battalion, Omaha Scouts and Pawnee Scouts of the Nebraska Calvary.

Whether your Nebraska ancestors were stars or common folk, you’ll reap rewards from the Cornhusker State’s vast crop of genealogical resources.

From the May 2008 Family Tree Magazine.

Learn about Nebraska's history and available records in this research guide that includes a map and bibliography.

Find contact information for archives, libraries and other genealogical organizations in Nebraska.

Our county-by-county listing of Nebraska has contact information and dates vital records for historic and modern-day counties.