9 Things You Can Learn About Your Ancestors From the Cemetery

Changing scenery and pleasant temperatures make fall an especially good time to visit cemeteries (alongside a genealogy buddy for fun and safety). Seeing the gravestone and viewing records in the cemetery office may yield ancestry information you won’t find in an online database of burials—although online databases are very helpful, too. Here are nine things you can learn about ancestors from the cemetery:

1. Name and birth and death dates

Most tombstones have the deceased’s name (although sometimes you get the dreaded “his wife”) and at least a year of birth and death. But you also might learn parents’ names. One of my family cemeteries has a searchable database that includes parents’ names, if known. It’s the only place I’ve found parents’ names for my third-great-grandmother Elizabeth Butler Norris. (A visit to this cemetery is in order to view records—they may contain information beyond what’s in the database.)

Either named on the stone or deduced from nearby stones and further research. I found two “mystery men” buried in my family plot, and subsequent research led me to my third-great-grandmother’s first marriage.

3. Babies you didn’t know to look for

because they were born and died between censuses and/or before official birth records. Some of my family cemeteries have separate “infant” sections, and tiny stones are easily overgrown, so you might find clues by searching in a database or through records in the cemetery office, even if there’s no telltale marker in a family plot.

This can be discovered if there’s a government marker or a plaque. My grandpa’s headstone gives his rank and branch. Download our free How to Find Military Records ebook to learn more about using military records. 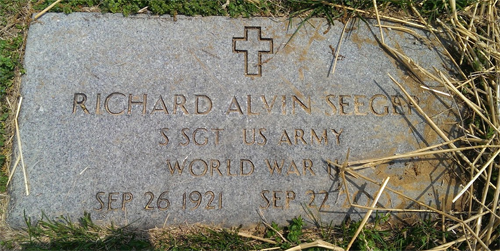 They may be on a woman’s grave marker or on a burial record, if it names parents or if her father or another relative owned the plot. Or you may discover the maiden name by researching those buried near her.

These are revealed by symbols on the gravestone. Here’s a list of gravestone symbols and their interpretations. These can lead you to records of the fraternal society.

This is one I haven’t encountered in my own research, but genealogy experts recommend checking burial records and gravestones for immigrant birth places.

This is especially true if the person is buried in a cemetery affiliated with a church. If not, a burial record might include a religion or the name of a church where services were held.

Rarely, it might be engraved on a headstone, like the examples on this Rootsweb page. They include “was killed by a fall from a building” and “while … viewing a span of horses he was suddenly kicked by one of them in the lower part of his bowels.” More likely, though, you’ll get clues to point your research in a direction. The same death date on a woman’s gravestone and a nearby child’s could indicate a mother died in childbirth. Several deaths around the same time might indicate an epidemic. A young man’s death during wartime could mean he died in service.