War on Bloody Lane: A Battle of Antietam Map

Confederate General Robert E. Lee had a plan. Bent on taking the fight to the Union, he crossed the Potomac and divided his forces. He then captured several strongholds in the Maryland countryside—just miles from Washington, D.C. But Union General George B. McClellan was on to him. McClellan found a misplaced copy of Lee’s orders, and had the Union strike earlier than Lee expected. Their forces clashed on September 17, 1862, outside Sharpsburg, Virginia. Twenty-four hours later, more than 3,500 men lay dead, with another 19,000 injured. This Battle of Antietam map tells the bloody story.

The bloodiest day in US history

The map (which indicates topography) can help you understand how the battle took place. In a change from traditional coloring, this map indicates Union forces in red and Confederate (“Rebel”) forces in blue.

As you can see, Lee held fortified key positions around the town of Sharpsburg. McClellan marched in from the east and north, but many of his regiments (though only a mile from Sharpsburg) were separated from the town by Antietam Creek. The Union had to capture key bridges and traverse woods and tall cornfields in its approach to the town. These barriers created bottlenecks, preventing McClellan from advancing as quickly as he liked. The geography also led to pockets of fierce fighting. In one stretch of path, called the Sunken Road or “Bloody Lane,” more than 5,600 troops were wounded or killed in just three hours of fighting.

At the end of the day, the two sides had a combined total of 22,000 casualties. Though more men died in the three-day Battle of Gettysburg, Antietam remains the single deadliest day for the US military.

The battle, while not a decisive military victory for the Union, heavily impacted the larger war effort. The defeat halted Lee’s Maryland campaign, an important moral victory for the North. President Abraham Lincoln, disappointed by McClellan’s failure to stop Lee from retreating, relieved McClellan of his duty a few months later. Lee’s defeat also kept Britain and France (who had considered supporting the Confederacy) out of the war, preventing what could have been key foreign assistance.

Images from the battle haunted the public. According to a New York Times review, photos from Antietam, “bring home to us the terrible reality and earnestness of war.” And according to Life in Civil War America, Lee’s destructive Maryland campaign quieted some slave-holding Marylanders’ call for succession from the Union.

Antietam represented an important strategic and political victory as well. Lincoln used the Battle of Antietam as an opportunity to announce what would become the Emancipation Proclamation. Under the Proclamation, the US federal government would free all slaves in Confederate-held territory if the Southern states did not rejoin the Union. Though the Proclamation didn’t immediately free many slaves, it galvanized the North and explicitly turned the war effort into a struggle over slavery. This also allowed black soldiers to enlist in the Union army.

How to learn more about your Civil War ancestors 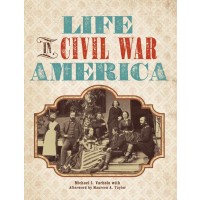 The American Battlefield Trust has excellent, informative animated maps of several key Civil War battles, including one of the Battle of Antietam. You can view it either on the Trust’s website or on YouTube. Other great military maps (such as this one) are held at the Library of Congress.

Want to learn more about your ancestors who lived during the Civil War? Check out Life in Civil War America, a comprehensive look at the daily lives of Americans in both the Union and Confederacy. And for more on researching your ancestors’ military service, see the Genealogist’s Military Records Field Manual eBook. This downloadable PDF covers how to find and use military records throughout US history—including Civil War muster cards and other documents available online.