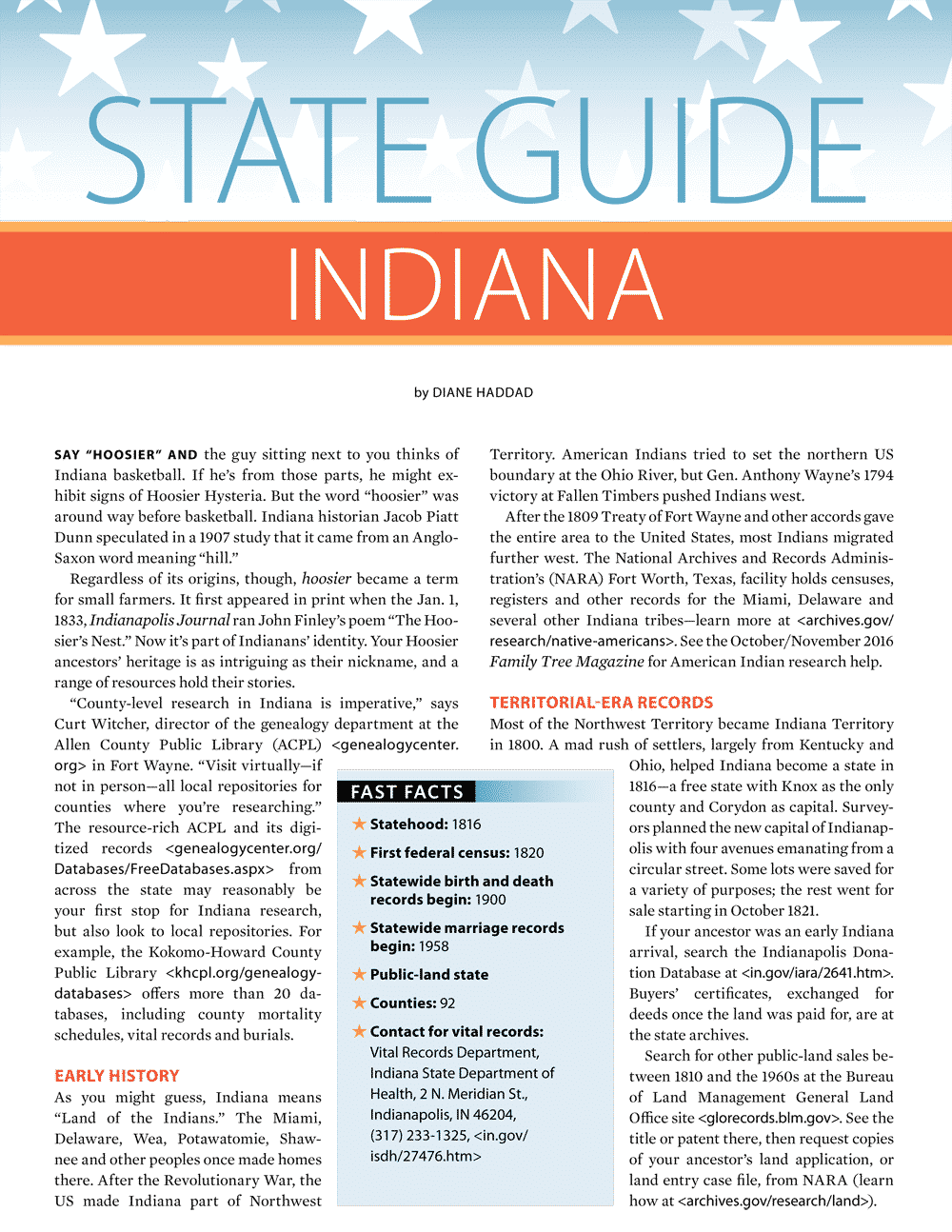 Your guide to Indiana research!

Indiana doesn’t look so bad for 201 years old! The state was founded on Dec. 11, 1816. This historical map of Indiana from 1827 hints at the state’s history of land purchase and conflict with Native Americans. The map displays Indiana 11 years after it achieved statehood. Lawmakers had founded Indianapolis, the state’s capital, just a few years earlier. Notice the large swaths of land in the northern part of the state, much of which still belonged to Native American tribes.

By the time the state was founded in 1816, settlers and Native American tribes had reached an uneasy peace. The US government continued to negotiate with the tribes, expanding Indiana for American settlement. The largest, the Treaty of St. Mary’s in 1818, ceded huge tracts of central Indiana to the United States.

According to the map, the Miami, Delaware and Kickapoo tribes still populated the pink region in central-northern Indiana in 1827. Likewise, the Potawatomi (or Pottowatomie) and Ottaway owned the yellow strip. All five tribes surrendered most of their land to the US government through a series of treaties within the next decade. In addition to buying off their land, the government also forcibly relocated hundreds of Potawatomi in 1838.

This map comes from the David Rumsey Map Collection, which contains thousands of free online maps. You can also discover more historical maps of US states in The Family Tree Historical Maps Book, an atlas of US states and territories from 1790 to 1900.

Ready to research your ancestors with Indiana roots? With our state research guide, finding your Hoosier State family is a…

Learn about Indiana's history and available records in this research guide that includes a map and bibliography.