Good news if you have Irish ancestry: You can search the 1901 and 1911 Irish censuses for free online. The records cover present-day Republic of Ireland and Northern Ireland, and have searchable every-name indexes. Even if your ancestors emigrated before 1901, you still might find useful clues in these census records.

Ireland took censuses every 10 years from 1821 to 1911. But before 1901, the census situation is bleak: Few records survive. Fortunately, we still have the 1901 and 1911 censuses, the only full censuses of Ireland open to the public. Follow these easy steps to find your family in the 1901 and 1911 Irish census records.

2. Searching on just a surname will give you a feel for where the name occurred most often.

A search for the surname McMorris in the 1901 census produces nearly 90 matches, mostly in the northern counties Down, Fermanagh and Tyrone. All the McMorrises in County Tyrone lived in the DED (District Electoral Division) of Mountcastle. It’s smaller than a county, but bigger than a townland or city street. Click the Show All Information box to reveal birthplace, occupation and religion. Sort by age, and you see that the oldest McMorrises in the 1901 census were born in County Fermanagh.

3. Next, search on a relative’s full name.

Try nicknames, such as Annie for Ann or Pat for Patrick, and abbreviations, such as Chas for Charles, Geo for George, Jno for John, Michl for Michael and Thos for Thomas. People in prisons, asylums and other institutions were often listed by their initials. Search by initials plus other criteria, such as age and place of residence.

If a source gives you a county or a specific place of residence, use it to narrow your search. My Grant ancestors lived on Aungier Street in Dublin. A search of the 1901 census for the surname Grant, with Dublin as the county and Aungier as the townland or street produces two matches. When the townland or street name has more than one word, put a plus sign between the words, such as Park+St. A search on just Park as the street in Dublin matches many place names that include the word Park, such as Tolka Park.

5. Click on More Search Options to open a window that lets you narrow by other criteria: religion, occupation and county or country of origin.

When you search the 1901 census for the name Murphy, you get nearly 57,000 matches. Selecting Dublin as the county narrows it to about 6,000. Adding weaver as the occupation zeros in on a handful of relevant matches.

If your relatives went to America and had children there before returning to Ireland, select America for the country of origin, then choose United States and try again.

6. If searching doesn’t turn up the right person, and you know the street or townland where he lived, try browsing.

Click Browse Census at the top of the screen. My relative Bernard Clark came from Bellinanagh in County Cavan. Selecting the 1901 census with Cavan as the county, Bellananagh as the DED, and Ballinagh Village produces about 80 matches, listed by house and surname. The Clarkes are No. 34.

7. In the matches to your query, click on a name to view everyone in the household.

Click on Household Return (Form A) to view the original census page filled out and signed by the head of the family. To save the page as a PDF file on your computer, right-click on it and select Save As. Back on the results page, you can view the House and Buildings Return to see how many rooms and windows were in the house.

A version of this article appeared in the May/June 2014 issue of Family Tree Magazine. 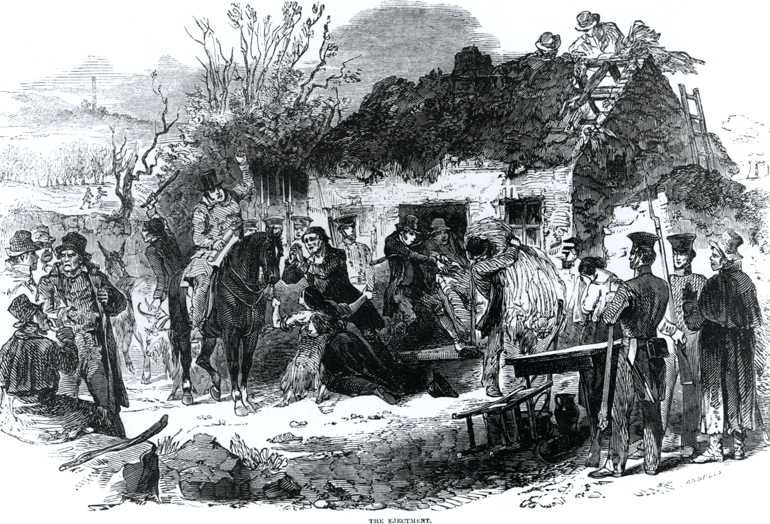 Many Irish records have been lost to fire and time, but a crucial group survives: civil registrations. Learn how to find and use these official records of your ancestors’ births, marriages and deaths.
Family Tree Magazine