Food Traditions Around the Globe

Want to add some ethnic flavor to your holiday feast? Whether you are looking to add something authentic to your holiday menu or just want to get adventurous, there is something for everyone. Chow down as your ancestors did in the old country with these food traditions from around the globe.

On Christmas Eve in Russia, the Ukraine and eastern Poland, families share a single bowl of kutya. It’s a porridge, usually made from wheat berries, honey and poppy seeds, that symbolizes hope and immortality. Some families throw spoonfuls of kutya up to the ceiling—tradition says that if it sticks, the year will bring happiness, peace and success.

While some people hate it, families celebrating a traditional Christmas in Norway and Sweden eat lutefisk—boiled cod treated in lye solution. It’s a holdover from medieval days when Christmas was a fasting time. Tastier (and less smelly) treats are lefse (thin potato pancakes) and krumkake (rolled cookie crisp).

While Americans are sawing into fruitcakes, Italians are savoring a holiday bread called panettone. Sometimes made with pine nuts and raisins or other candied fruit, panettone looks tall and cylindrical like a chef’s hat.

There’s plenty of food to enjoy during the holiday in Mexico. Dec. 16 usually kicks off nine days of candlelight ceremonies and feasting festivities. After a midnight mass on Christmas Eve, families come home to a huge traditional dinner that includes tamales, fish, suckling pig and a thick, sweet beverage called atole.

The French also dig in to their Christmas Eve dinner after midnight mass. A meal called réveillon (“awakening”) represents a symbolic awakening to the birth of Christ. Among the traditional goodies is bûche de Noël, a Yule log-shaped cake covered in bark-like marzipan.

During Hanukkah, oily foods symbolize the miracle of the lamp oil. When Hanukkah begins this year, many Jewish-Americans and European Jews will eat latkes (potato pancakes). But Israelis commonly feast on fried jelly doughnuts called sufganiyot.

Muslim families observe Ramadan, a month of fasting and prayer from sunrise to sunset. Each night the fast is broken by eating a meal called iftar, which usually centers around lamb, beef, chicken, traditional soups and salads, such as cucumber and yogurt fatoush.

Kwanzaa begins on Dec. 26, celebrating African heritage with seven days of family gatherings, meditation and feasting. It was created in the mid-1960s, with its roots in a traditional African harvest celebration called “first fruits.” At the final feast of the holiday, called karamu, fresh fruits and vegetables on the Kwanzaa table symbolize the past and future growth of African culture. Some families serve favorite recipes, often including sweet potato pie, fried okra, and benne cakes, a West African treat made with sesame seeds.

Holiday Traditions Around the World: Celebrate Your Heritage
‘Tis the season to find out where your family holiday traditions come from—and how to incorporate some new ones from around the world.
Family Tree Magazine
5 Genealogy Activities to Do in December
December is filled with good cheer and family togetherness, making it a great time to spread the joys of genealogy. Here are some activities to enjoy.
Family Tree Magazine
Best Genealogy Gifts (That Go Beyond DNA Tests) 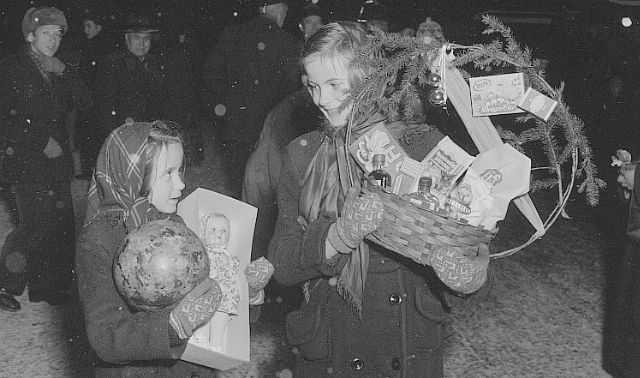 If you need unique gift ideas for your genealogically inclined relatives, look no further! We’ve gathered the best genealogy gifts for everyone on your list.
Family Tree Magazine

These old-fashioned recipes are favorite family recipes from the readers and editors of Family Tree Magazine.

Preserve your cherished old family recipes—and the memories of your ancestors that go with them—using these easy steps.