Socrates, arguably the most famous teacher in all of history, had to make do without that now-ubiquitous teaching tool, the blackboard. There’s no telling what Socrates might’ve accomplished if he’d had a blackboard among the olive groves to complement his eponymous “method,” or whether his teaching career might’ve had a happier ending than a cup of hemlock.

For our more-recent ancestors, though, the art of teaching and, in particular, the American schoolhouse are inseparable from the humble yet powerfully adaptable blackboard—a tool invented, at least according to some sources, over 200 years ago.

Even today, as blackboards (also known, especially in America, as “chalkboards”) have given way to dry-erase marker boards and computerized whiteboards, most of us continue to associate learning with the squeak and dust of chalk. Who didn’t have to stay after school to clean the blackboard and erasers at least once? And who doesn’t wince at even the thought of fingernails scraping a blackboard? TV’s “The Simpsons” still opens with a running gag of Bart doing penance by repetitively writing on a blackboard. (Bart’s writings, which change with each episode, range from “I will not waste chalk” to “High explosives and school don’t mix.”)

No way to present information to all students at once

The technology might’ve changed, but today we take for granted a teacher’s ability to write something that the whole class can read. Before the invention of the blackboard in 1809 (or 1801 or 1823, depending on the account), however, teachers had no way to present information to all students at once.

The dilemma was epitomized by Olive M. Isbell, who opened the first school in California in 1846—after the blackboard’s invention, but before its arrival in the Golden State: Lacking not only a blackboard but also slates and paper, she resorted to writing the alphabet on the backs of pupils’ hands.

The “Hornbook” and the “Reading Board”

In Colonial America, as back in England, students carried a “hornbook”—a paddle-shaped piece of wood to which various learning aids, such as the alphabet and the Lord’s Prayer, were attached. The name derived from the translucent sheet of animal horn that covered and protected these pages. Later, larger wooden strips called “reading boards” were hung at the front of the classroom.

But these teaching tools were immutable and inflexible­—teachers couldn’t easily adapt them to each day’s new lesson. Eventually, students did have individual writing slates, on which they scratched with other small pieces of slate. Still, however, teachers had to instruct the pupils one by one.

James Pillans, a geography teacher and headmaster of the Old High School in Edinburgh, Scotland, is most widely credited with combining the “reading board” and the slate to create the blackboard. One story goes that Pillans originally grouped students’ slates on a wall—like a low-tech version of the arrays of synchronized TV monitors sometimes used at museums. Pillans is also often credited with inventing colored chalk to use for writing on his breakthrough in teaching technology. Best known as an early advocate of compulsory education, Pillans later became a professor at his alma mater, the University of Edinburgh.

Across the Atlantic in America, George Baron, a math teacher at West Point military academy, is widely recognized as the first to employ a blackboard. Baron’s innovation supposedly took place in 1801­—eight years before some historians credit Pillans with the invention. Still another account asserts that the blackboard was invented in 1809—but in Philadelphia. Then there’s the claim of Samuel Read Hall, a pioneering educator whose career began in Rumford, Maine: An 1890 history of that town says it was Hall who invented the blackboard. It may be, rather, that Hall patented a design for a blackboard in 1823, the same year in which he opened the first US “normal school,” in Concord, Vt.

In any case, early blackboards were primitive, made from materials such as pine covered with a mixture of egg white and carbon from charred potatoes. Or a paste of lime, plaster of Paris and lampblack might simply be spread on a classroom wall.

As blackboards spread to almost every schoolroom in America by the mid-1800s, their manufacture became more sophisticated. Slate, first from New England and then from newly settled western states, became the standard writing surface.

By the 1960s, a six-step process evolved using porcelain enamel and a durable base such as steel: Once the steel was cut and prepared, a “slip”—typically silica—was applied, much as in the making of porcelain. High temperatures in a furnace chamber then fused the slip with the steel. The resulting “porcelained” surface was given a smooth, colored coating and again heated to more than 1,200 degrees to fuse this writing surface with the porcelain. Finally, the finished sheet was laminated onto a fiberboard, to which trim and accessories such as chalk trays were attached. The resulting classroom boards, which could be tinted any color, began to be called “chalkboards” since they were no longer always black. Green, which showed old chalk lines less prominently, became a popular choice.

During the mid-1980s, business offices, which had also adopted chalkboards for meetings and brainstorming, began to switch to newfangled “whiteboards”—made of a type of plastic—and dry-erase markers. Schools soon followed suit, and by the late 1990s, more than 20 percent of American schools had abandoned the traditional chalkboard.

Electronics had already begun to, well, erase the blackboard, with the development of the overhead projector in the mid-1960s and the LCD projector in 1984. Most recently, interactive digital whiteboards, invented in 1991, have started to replace chalk and ink with electrons.

One can only imagine what Bart Simpson will do once he gets his hands on one of those gizmos. 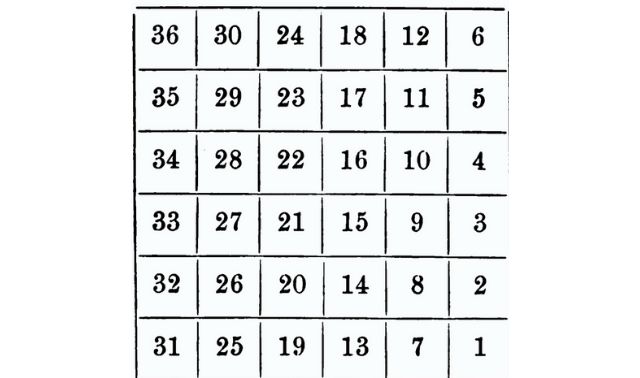 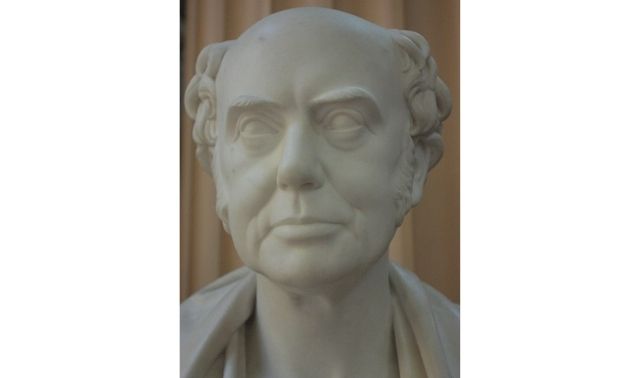 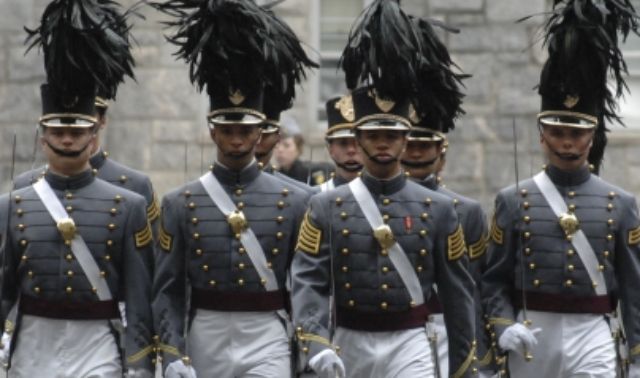 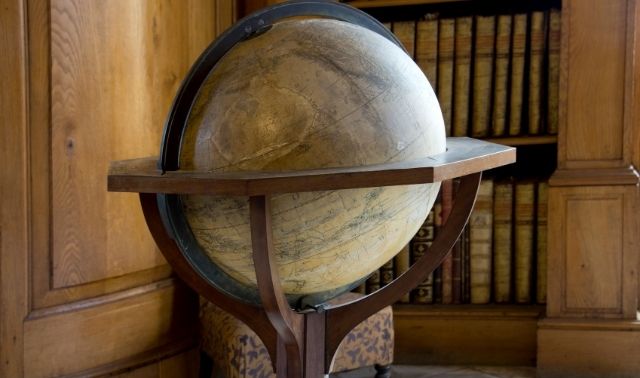 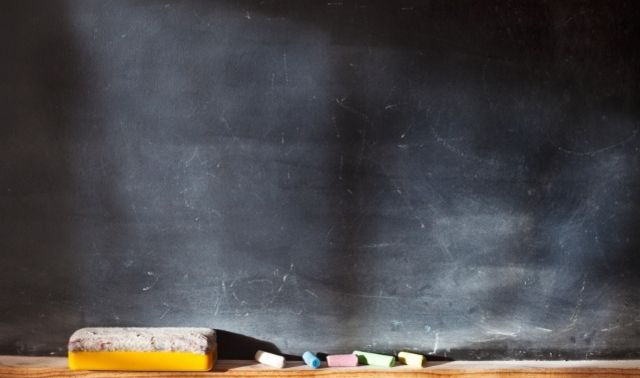 Samuel Read Hall receives a patent for a blackboard 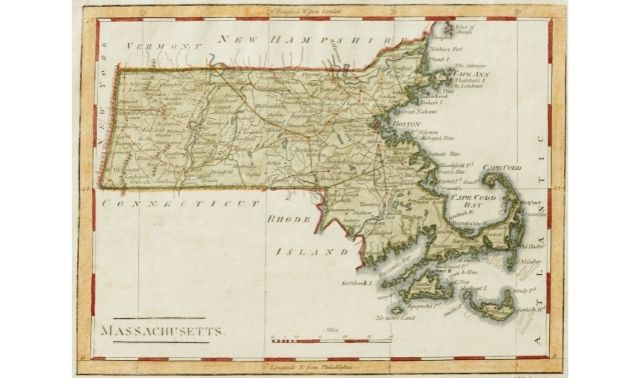 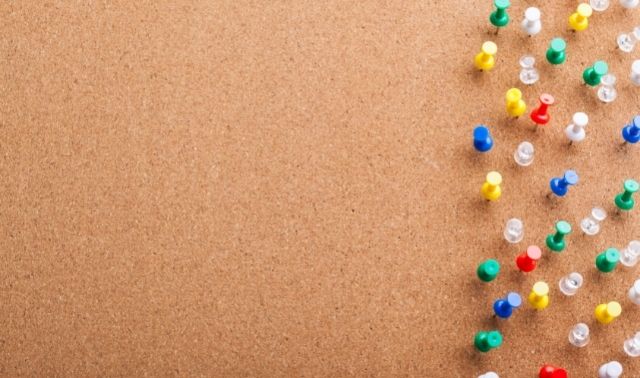 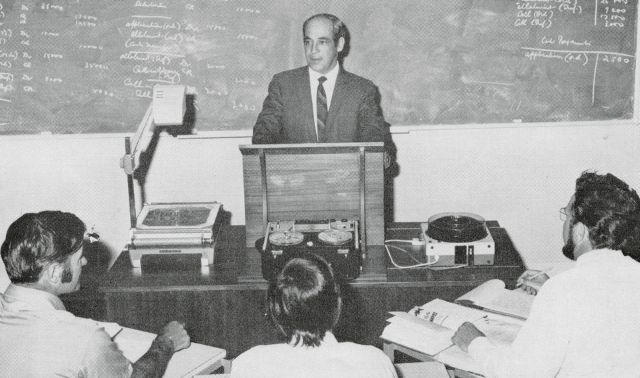 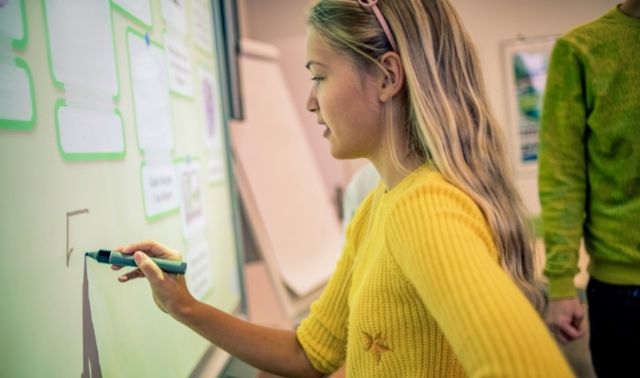 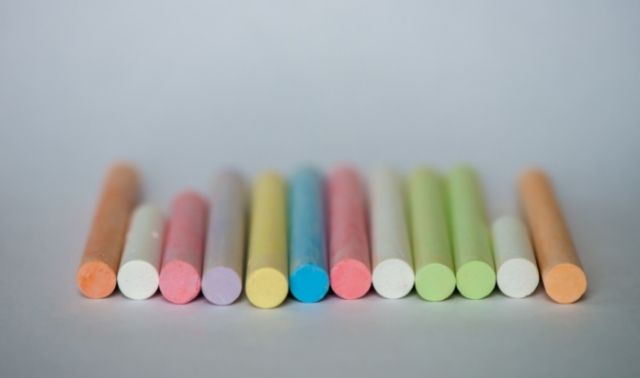 The History and Future of the Chalkboard

The History of the Classroom Blackboard

The Simple Genius of the Blackboard

How a Chalkboard Is Made

Learn some out-of-this-world lunar facts with this historical timeline of the Moon.