From Western Montana’s lofty Rocky Mountains to the great grasslands of the east, the state known as Big Sky Country lives up equally well to its other nickname, the Treasure State. Among its geographic wonders are Glacier National Park, part of Yellowstone National Park and the White Cliffs of the Missouri River — the “seens of visionary inchantment” that inspired Corps of Discovery explorer Meriwether Lewis to wax prosaic in his journal.” So perfect indeed are those walls,” he wrote, “I should have thought that nature had attempted here to rival the human art of masonry.”

Upon the Corps’ return to civilization in 1806, glowing news reports lured itchy-footed settlers to the frontier; later, gold discoveries and government land giveaways enticed more. Montana Territory — carved from Idaho Territory in 1864 — contained 20,595 residents as of 1870 (that year’s census didn’t count most of the state’s American Indians, though). By the time Montana became the 41st US state in 1889, roughly 140,000 people lived there.

In 1807, Manuel Lisa established a fur-trading post on the Bighorn River. Rival firms sprang up, including the North West Co., Rocky Mountain Fur Co. and American Fur Co., but business faltered by the 1840s as animals grew scarce. Mid-19th century ore strikes made gold, copper and silver mines flourish, and mining camps such as Bannack, Diamond City and Virginia City spread across the territory. Richard Grant kicked off the ranching industry when he brought the first cattle herd from Oregon in the 1850s; ranches proliferated after the Homestead Act of 1862 opened land. Wheat farming was popular until a drought and post-WWI drop in market prices forced many farmers to abandon the state.

Most early settlers arrived by covered wagon or, particularly between 1860 and 1880, by steamboat up the Missouri River from St. Louis. Later migrants used railroads, the first of which — the Utah and Northern — rolled into Montana in 1881. The legendary Northern Pacific Railroad came on the scene three years later. If your ancestors were among these early birds, check the Montana Pioneer Society’s online 1899 index <www.rootsweb.com/~mtgenweb/pioneer.html>.

The influx of settlers led to conflicts with American Indians. About 20 tribes, including the Assiniboine, Crow, Kutenai and Shoshone hunted or lived in Montana; see <www.accessgenealogy.com/native/montana> for a complete list. The Sioux and Cheyenne victory over the US Army at the 1876 Battle of Little Bighorn — aka Custer’s Last Stand — was short-lived. In 1877, the Nez Percé succumbed to reservation life after the Army hotly pursued Chief Joseph and his people through Montana almost to Canada.

More than 6 percent of modern Montanans are American Indians. The National Archives and Records Administration (NARA) <www.archives.gov> holds Bureau of Indian Affairs records, as does the Montana Historical Society (MHS) <www.his.state.mt.us>, which serves as the state archives.

True to their state’s nickname, Montana researchers have a wealth of sources to mine. You’ll rely primarily on the following records; for more resources, consult The Montana Data Index, 2nd edition, by Paulette K. Parpart and Donald E. Spritzer (Montana Library Association
). This 1992 guide gives descriptions, locations and coverage dates for indexes to newspapers; censuses; and county, cemetery and military records.

? Vital: State-level birth and death registration began in 1907, but full compliance didn’t happen until the 1920s or later. Contact the state vital-statistics office for death certificates and uncertified copies of birth certificates at least 30 years old. You might find some pre-1907 death records at that office and at county clerks’ offices. The Montana State Genealogical Society’s index to state-level death records from the 1800s through 2002 is available on its Internet site at <www.rootsweb.com/~mtmsgs/death_records.htm>; you also can order a CD-ROM version for $20.

Some early counties have marriage records dating to the mid-1860s — many are on microfilm at the Church of Jesus Christ of Latter-day Saints’ Family History Library (FHL) <www.familysearch.org> in Salt Lake City. To find the film, do a place search of the FHL’s online catalog on the county name, then look for the vital-records listing. You can borrow the film through a local branch Family History Center (FHC); use the Family Search Web site to find one near you. A statewide index to marriages and divorces begins in 1943, but you request the records from your ancestor’s county. See <www.statereporter.com/directory/mtDistrict.html> for contact information.

? Federal census: The 1860 Nebraska Territory census counted some residents in southern Montana; the 1870 and 1880 US censuses enumerated Montana Territory separately. Treasure Staters’ first post-statehood census — 1890 — was lost to fire. The only remaining portion is a schedule of Union veterans and widows, which you can find at many of the same places as federal census records. That includes large public libraries; NARA facilities; the FHL and subscription Web sites Ancestry.com <Ancestry.com >, Genealogy.com <www.genealogy.com> and HeritageQuest Online <www.heritagequestonline.com> (free through subscribing libraries).

You can download a free alphabetical listing of 22,666 residents (of 39,159 total) enumerated in the 1880 Montana Territory census from <www.rootsweb.com/~mtyellow/census1880/census-list.htm>. Montana hasn’t taken any state censuses.

? Land: Montana is a public-land state — the federal government originally owned the land, and sold parcels to individuals via the General Land Office. You can search an index to these land patents by name or land description at <www.glorecords.blm.gov>. Then order your ancestor’s land entry case file, which may contain more records, from NARA (see <www.archives.gov/research_room /obtain_copies/reproductions_overview.html>). Records of subsequent land sales usually reside in county courthouses.

? Military: MHS has rolls of male citizens subject to WWI military duty as well as enlistment cards for Montana National Guard members serving from the Spanish American War through World War II. It also has records for some posts of the Grand Army of the Republic — a Union Civil War veterans organization formed in 1866. Check <www.rootsweb.com/~mtgenweb/military.html> for information and links to databases of Montana Spanish-American War Battalions, 1940 National Guard rosters and other military service-related documents.

To find help locating records of ancestors who entered the military directly, go to NARA’s Web site and choose Veterans Service Records from the pull-down menu.

? Naturalization: Your immigrant ancestors could have applied for naturalization at any court level — a good place to start looking is their county courthouse. The FHL and MHS have some county naturalization files on microfilm. Applications made through federal courts are at the FHL and NARA’s Pacific Alaska Region in Seattle <www.archives.gov/facilities/wa/seattle.html>.

? Newspaper: MHS’ extensive historical newspaper collection includes about 95 percent of papers ever published in the state. In Montana’s largest city, the Parmly Billings Library <www.billings.lib.mt.us> has an index to the Billings Gazette covering 1882 to 1896, 1930 to 1949 and scattered years thereafter. Look for obituaries using Montana State University’s links to searchable indexes (most begin in the mid-1980s) to four newspapers from Bozeman and Helena <www.lib.montana.edu/epubs/indexes/news.html>.

? Probate: You can find probate records in your ancestral county courthouse; some files go back as far as the 1860s. For example, the FHL’s microfilm of Jefferson County probates extends to 1869. Find these and records for several other counties by searching the FHL catalog for the keywords Montana probate.

To peruse more of MHS’ genealogical resources — obituary indexes, city directories, a smorgasboard of institutional records — go to its Web site and select Pamphlets & Guides from the Research Center pull-down menu, then click on Genealogical Sources. Under Publications & Membership, the site also provides a keyword-searchable index of the MHS magazine Montana: The Magazine of Western History from 1951 through 2000.

The Montana GenWeb Project <www.rootsweb.com/~mtgenweb> links to an assortment of databases. These include name indexes to histories, such as Tom Stout’s 1921 tome Montana, Its Story and Biography (American Historical Society, out of print). Ancestry.com hosts indexes to myriad Montana sources, including censuses, cemeteries, newspapers and death records — to see what’s available, go to <www.ancestry.com/search> and click Montana on the US map.

The state that so enchanted Lewis and his companions also charmed your ancestors. Montana will get under your skin, too, should you follow our advice for unlocking its genealogical treasures. 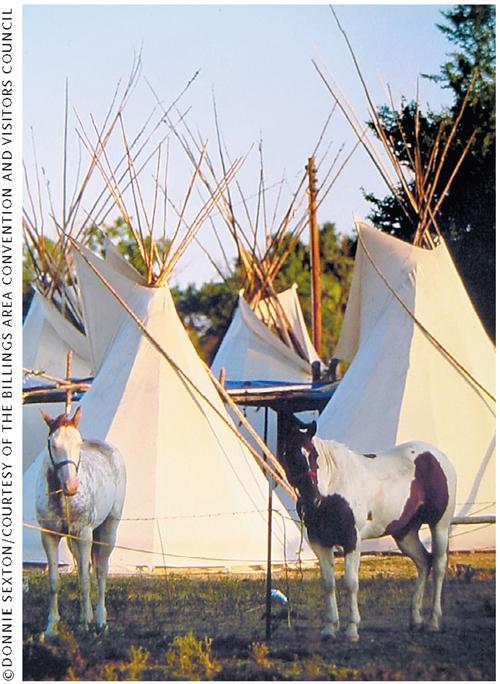 Learn about Montana's history and available records in this research guide that includes a map and bibliography.

Find contact information for archives, libraries and other genealogical organizations in Montana.

Our county-by-county listing of Montana has contact information and dates vital records for historic and modern-day counties.