How to Research Jewish Surnames

Jewish genealogy presents several challenges for researchers, and Jewish names are among the thorniest. Complex naming traditions and the sometimes delayed adoption of last names can lead to confusing documentation. An individual may appear in various records with multiple given names or nicknames, or alternate/contradictory spellings of surnames. And, given the Jewish diaspora, names may even originate in different languages, whether due to migration, political border changes or cultural traditions.

Then you consider the factors that complicate searching for historical surnames in general: lack of standardized spelling, lower levels of formalized education in earlier generations, and linguistic differences between individuals and record-keepers. With those in mind, the picture for those researching Jewish ancestors becomes even bleaker.

To help you sort through these difficulties, here is a guide to Jewish surnames, including the most common prefixes and suffixes in Jewish last names.

A History of Jewish Last Names

Prior to the late 1700s or early 1800s, most Jews originating in eastern and central Europe didn’t have surnames. Governments began assigning names (or were bribed for desired names) in order to collect taxes or conscript men into the military. This makes researching your roots (particularly if you have Ashkenazi ancestry) much more difficult.

Fortunately, though, that was not the case for Sephardic Jews or for Rabbinic dynasties. Those surnames and records often go many generations further back. And with modern technology pointing, Jewish roots are easier to find than they every have been, with: unique Jewish community record sets, indices and databases; networking opportunities; language assistance; and DNA testing.

Researching your ancestor’s hometown will be critical in helping with missing or common names. The hometown, or shtetl, determines what records are available for your ancestor and the economic and social climate he or she lived in. As Dan Ruby wrote in the May/June 2019 issue of Family Tree Magazine, “Correctly identifying your ancestral town is one of the key pieces of information (along with surname) to finding specific evidence of your ancestors’ lives in contemporary record books.”

This can be especially tricky because many Jewish people in Eastern Europe lived in nation-states or regions with former place names no longer in use such as Prussia, Galicia and Bessarabia. The JewishGen Communities Database and Gazetteer can help, with thousands of places known to have historical Jewish communities cross-referenced with modern geographical information.

How to Trace Your Ashkenazi Jewish Genealogy
Take a step back in time to discover your ancestor’s shtetl in Eastern Europe. Learn how with this in-depth guide to Ashkenazi Jewish genealogy.
Family Tree Magazine

Note that those Jews who did have surnames did not have them (or their given names) changed at Ellis Island—neither by the clerks nor by passengers themselves. Many immigrants changed their names either before or (more often) after immigration to Americanize them. As Professor Kirsten Fermaglich states in her book, A Rosenberg by Any Other Name: A History of Jewish Name Changing in America (NYU Press), American Jews negotiated the markers of distinctiveness and racial “otherness” to integrate and increase their level of cultural access by changing their names themselves. These were sometimes formalized in a court name change, but often went undocumented.

Jewish names can be complicated, but there are clear patterns that repeat. Religious given names are multi-generational and include a father’s name. The clue is in the appearance of the words ben, bat or bar meaning son or daughter. Likewise, Jews living within the Russian Empire may have names that include a father’s secular first name, easily identified by the endings of –vich/wicz for a male or –ovna/owna for a female.

Other names act like descriptors, indicating a significant event or person in the child’s life:

You may also find double names used interchangeably like Avraham Yitzak, meaning that a record could be found for Avraham or Yitzak, Avraham Yitzak or even Yitzak Avraham.

Be careful when using record transcriptions, as software or human indexers may improperly translate names. The title of reb on a gravestone, for example, refers to a pious man, but is often mistranslated to English as “Mister.”

A version of this article appeared in the May/June 2021 issue of Family Tree Magazine.

This section was written by Schnelly Talay Dardashti and appeared in the September 2009 issue of Family Tree Magazine.

Jews often adapted the naming conventions of the local population, so surnames may give you a clue to an ancestor’s origins. Use this chart to decode common suffixes and prefixes.

Sephardic Jewish Ancestors: How To Trace Your Roots
We’ll show you the “other side” of Jewish genealogy, which for too long has been Eastern European-centric, and help you discover your Sephardic family history.
Family Tree Magazine
How to Research What Your Last Name Means 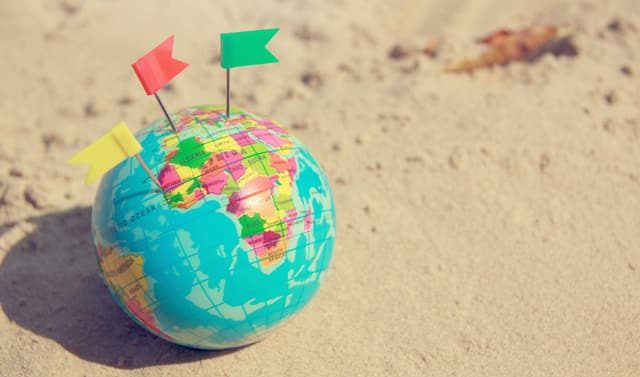 Learn what your surname means and where it came from with these search strategies for last name research.
Family Tree Magazine
Naming Traditions Across Multiple Cultures
Clues in your ancestors’ given names could help you identify earlier generations. Here’s how.
Family Tree Magazine

Searching for your Jewish ancestors? Our experts answer your toughest genealogy research questions.