Surrounded by recuperating soldiers and orderlies is Deb Wilson’s great-aunt Mary L. Keeler, also known as Molly. She served as nurse during the Spanish American War (1898-99) at Fort Monroe, Va., as well as in Cuba and Puerto Rico.

Deb knows this is her aunt, but the names of all the soldiers and other staff are unknown, as is the identity of the photographer. 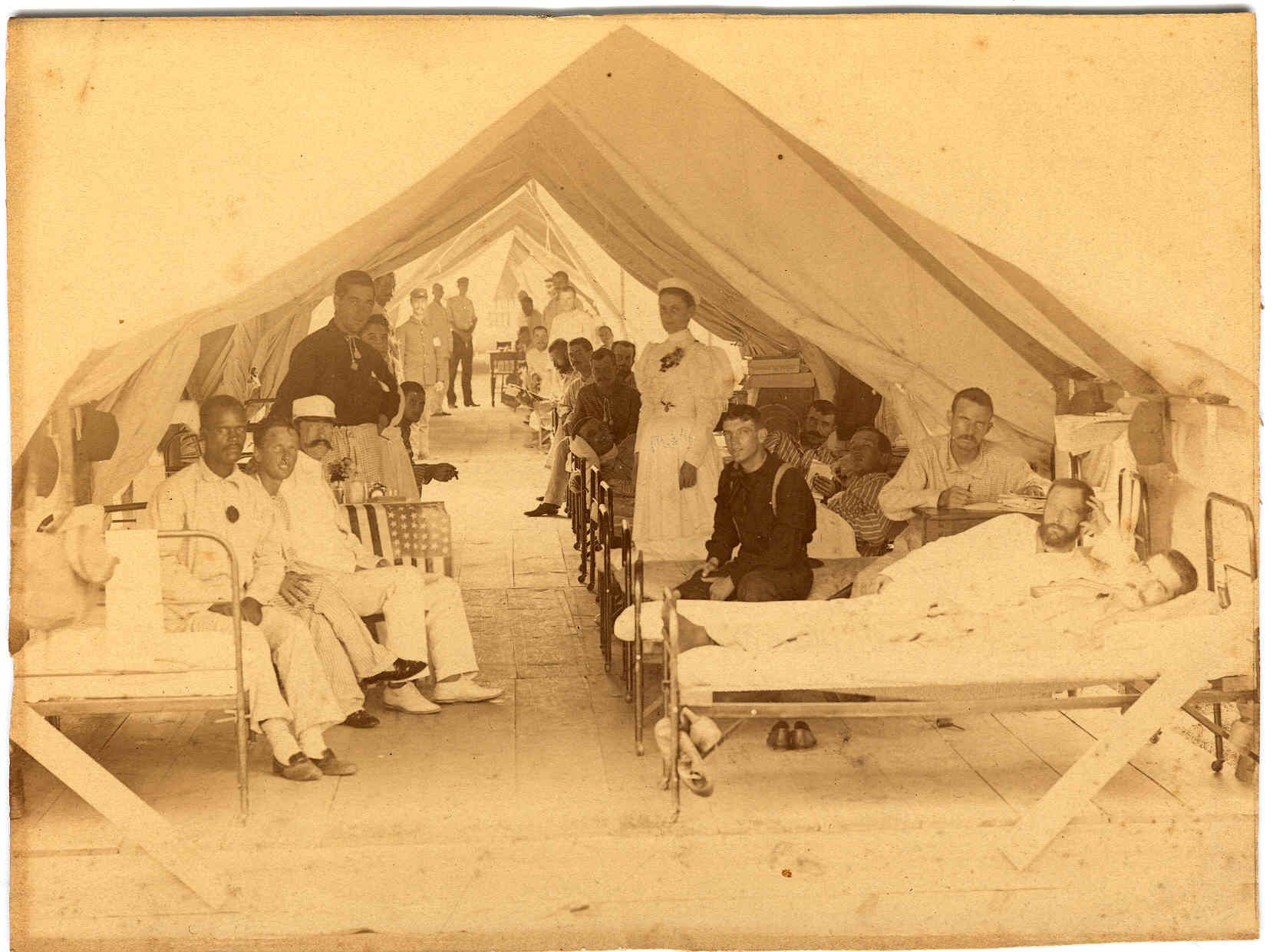 Molly appears to be the only woman in the image. On the left is a small table with an American flag, a vase of flowers and other small items.

I never really know where some of these picture stories are going to take me. Now that I’ve started researching this image, I wonder about the purpose behind it. An article on “Women Nurses in the Spanish-American War” in Minerva: Quarterly Report on Women and the Military by Mercedes H. Graf (article date March 22, 2001, available on Highbeam.com) revealed that female nurses were a controversial topic during the war. Molly’s decision to use her nursing skills was a ground-breaking one.

Traditionally, since the end of the Civil War, men had done the nursing in the military. However, during the Spanish American War, Surgeon General George M. Stemberg knew that women nurses would be needed to help care for injured troops and those ill from yellow fever, malaria and typhoid. According to the article, shortly after the start of the war, the military added 100 women nurses. Was Molly one of those women? Or could she have been among the 32 nurses who’d already had yellow fever and were sent to Cuba to help with the epidemic? There’s a bigger story in this photo than just the names of the men. This picture makes me want to know more about Molly and her service.

Tent hospitals such as the ward depicted here were commonplace. On the Nebraska GenWeb site is a list of Spanish American War Camps compiled by Fred Greguras.

Discovering the names of the men in the picture is a tough challenge. Spread the word about this picture, and let’s try to put names to their faces. Finding out more about Molly’s military service may provide a few leads.

Does an image in your family photos depict an important piece of American history? Take a closer look and find the Molly in your family.