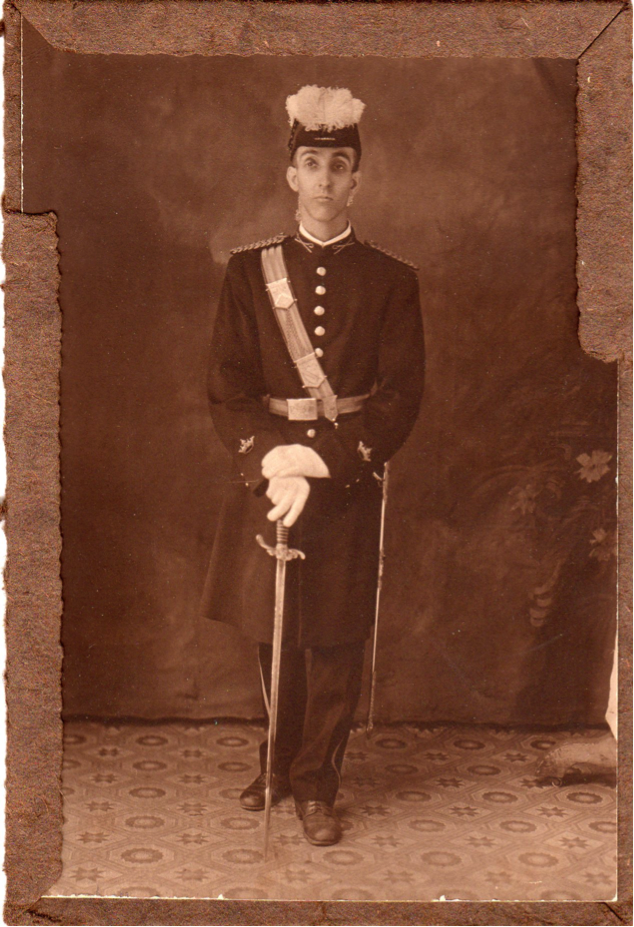 Marie Sibenik wants to know more about this uniform.  She’s thinking it might be from the War of 1812.

There are so many different types of uniforms. There is work attire, military dress, and fraternal clothing.  And that’s just the beginning.

There were no photographs in 1812. That’s a much later development.  Commercially successful daguerreotypes debut in 1839 and our ancestors began posing for likenesses in the 1840s.

In answer to her question about it being a War of 1812 uniform the answer is no.  I can anticipate her next query.  Then what is it?

Let’s start at the beginning.

It’s a brown toned image in a brown paper mat.  This style of portrait was quite common in the 1920s, more than a century after the War of 1812.

This man’s narrow jaw and large ears would stand out in other family photographs. It’s a quite distinctive face.

Knights Templar uniforms also feature a feathered headwear but the body of the uniform is different.

There is also the Knights of Malta.

There is insignia on his sleeves that look like crowns.  Search this time using “Knights of Columbus Insignia.”  I’m not seeing match to those markings.

The clues to his dress are in his family history:

I’m hoping Marie will have answers to these questions so we can continue to solve this identification puzzle.

In the meantime, if you know the answer to the uniform, please email me.