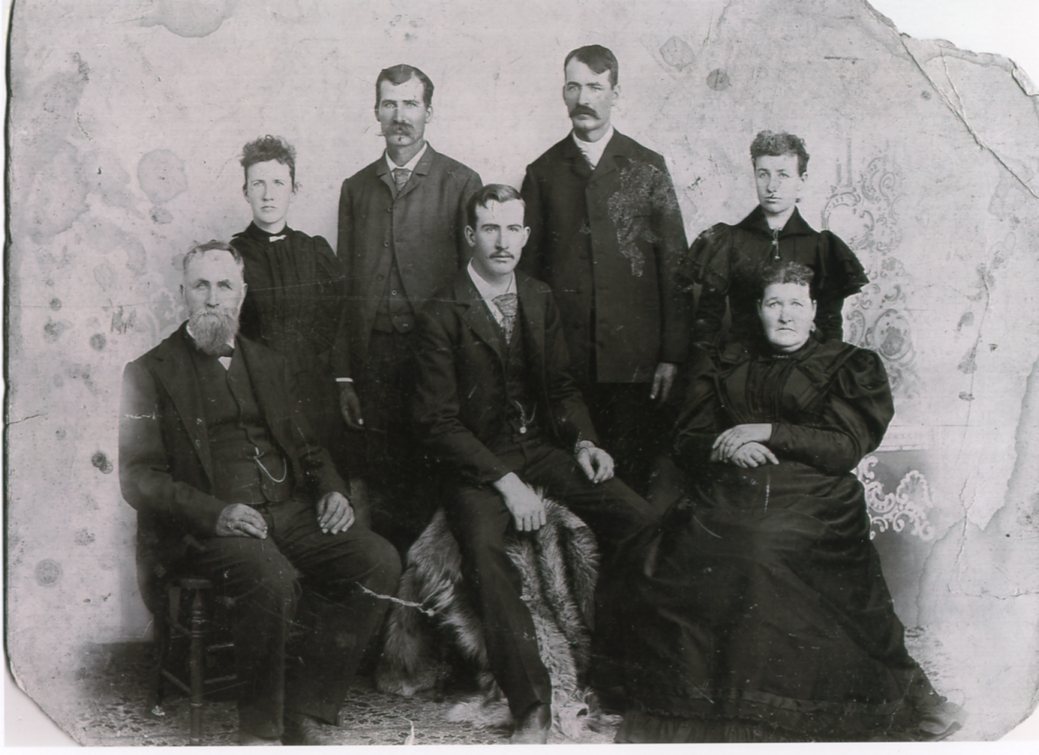 Barbara Rivers’ old family photo depicts a set of parents and their five children. Based on the clothing clues, I dated the image to circa 1897. As I suggested, Barbara went back through her genealogical material and add a bit more detail to her original query:

Since the surname is variable, Barbara should do a broad search of censuses. Most genealogy websites automatically look for variant spellings as long as you don’t filter results to exact spellings.

I estimate the ages of the children in this photo between 20 and early 30s. In the 1880 census, they’d all be living in their parents’ household. By 1900, several of the children may have moved away. Barbara found a Joseph F. Findlay in the 1880 census and a Joseph T. Findlay in the 1900 census, whom she believes to be the same man. Both were born in Pennsylvania, and married in Illinois to a woman with the same name.

I found Joseph F. and Joseph T. Findley in FamilySearch censuses. In 1880, Joseph F. had children Alpheus (20), Thomas (17), Fatima (12), Abbie (10) and Emery (6). Adding 17 years to their ages for an estimated 1897 photo date gives us Alpheus (37), Thomas (34), Fatima (27), Abbie (27) and Emery (23). This identification seems to fit the mysterious photo. Next, I’d encourage Barbara to do “reverse genealogy,” and research forward in time to find descendants of all these children. She then could reach out to find out photographs of them and verify that the faces match.