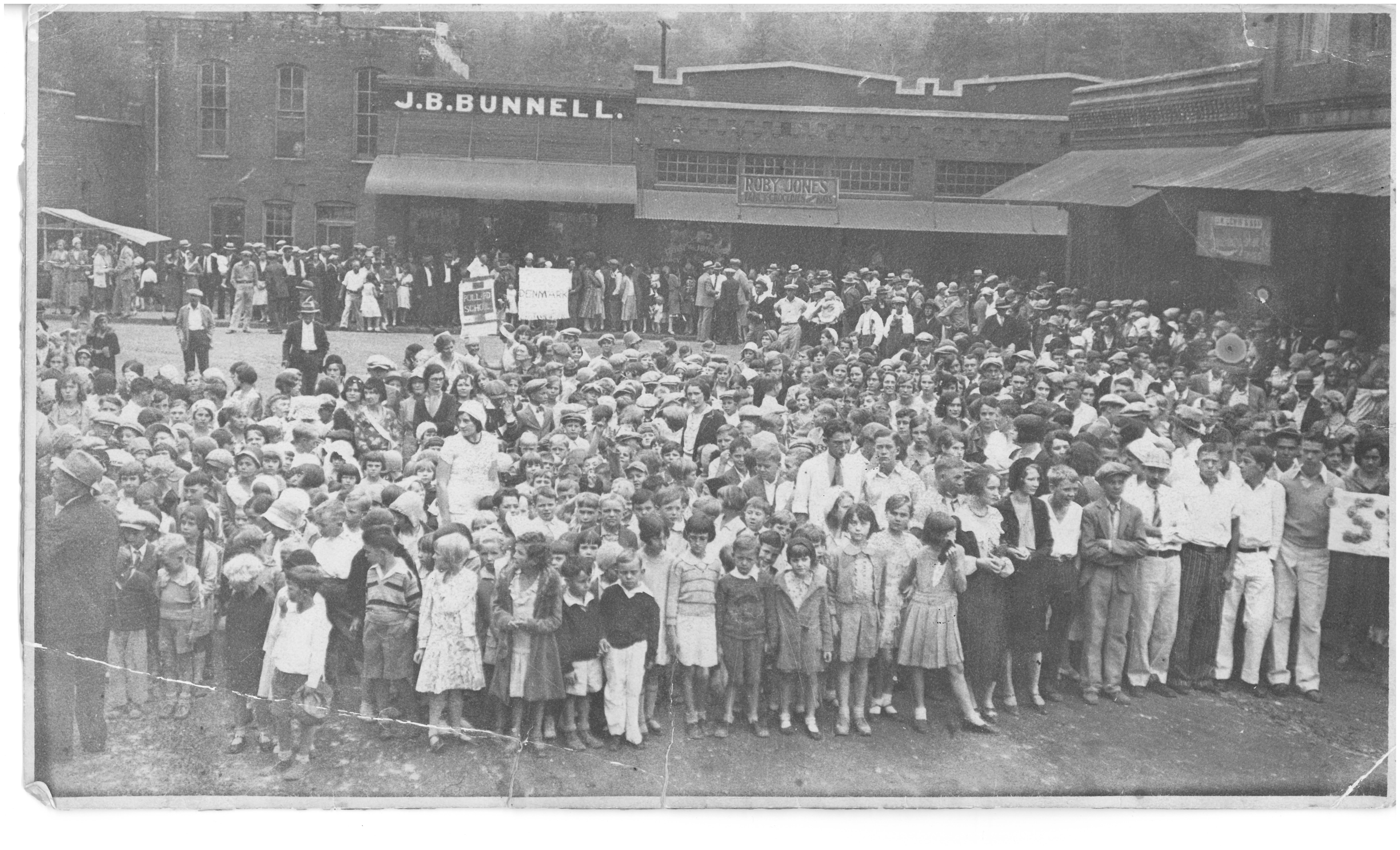 Last week, we began looking at the background clues and small details throughout the photo above. This week, we’re discussing who is in this image, and whether or not it’s a yard long image.

Many of the faces in this image are visible, making it likely that family members from Erin can find their ancestors in it. According to Melissa Barker, Archivist at the Houston County Archives: “Only one person has been identified in the photo and that is the boy in the front row, 4th from the right. His name is J.T. Fussell and was identified by family members and they say he looks to be about 14-15 years old in the photo. This helped us to date the photograph to about 1928 as Mr. Fussell was born in 1914.”

The date for the photo appears to be correct. The cloche hats on the young women were quite stylish in the late 1920s. Crowd photos are wonderful for studying fashion clues in a particular time period. There were a wide variety of styles available in every year. In this photo we have new clothes and some, which date from a few years before 1928.

Melissa wants to know if this picture is part of a much larger image. On the far left a man stands looking to the left. He signals that there is more activity outside the range of this image. Yard-long images were quite popular in the 1910s and 1920s, so it’s possible. You can read more about them in a past column.

The other option is that the photographer sent to document this event took several different images from different angles and decided that this one was the best. Panoramic photographs were possible due to special cameras but one could also piece together several separate images.

I have a question for Melissa. Where is the photographer standing and if this is the town square, what’s in front of the children? It looks like they are waiting for someone to arrive. Could this be a dignitary like a politician?

I’m hoping the newspapers of the day owned by the donor’s family will shed some light on this mystery.