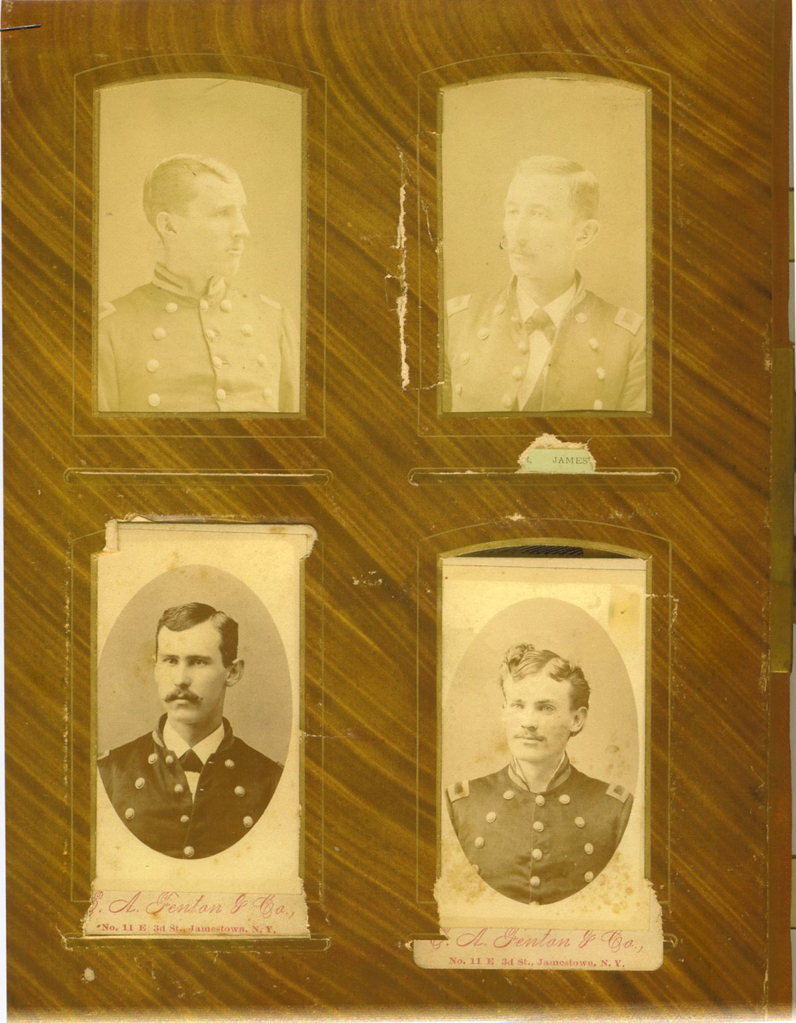 These four photos of men in military uniforms occupy a single page from a family photo album—but that doesn’t mean they’re from the same family.

It was a common practice for our ancestors to share photos with friends and classmates. It’s possible that these four men knew each other from military service.

The album belongs to a family from the Elmira, NY, area, but no one knows who’s depicted in the images.

E.A. Fenton of Jamestown, NY, took three of the images, and Upham & Ladler (also of Jamestown) took the one on the upper left. Both photographers appear in the Jamestown and area city directory for 1878-79, the earliest online directory available for Jamestown.

Military images can be challenging photo mysteries due to the sheer number of uniforms worn in the 19th century. Standard uniforms are a 20th century phenomenon.

During the Civil War, the 112th New York Volunteer Infantry trained at Camp James M. Brown in Jamestown. But this type of small card photograph dates from the 1870s, and the uniforms don’t resemble those in photos of men from the 112th.

I’ve written to the Fenton History Center, a local historical society in Jamestown, to see if she recognizes the uniform worn by these men.

Two men from the Elmira, NY, family served during the Civil War, but their life dates don’t match these images. More study of the rosters for the 112th NY Volunteer Infantry might turn up another match.

For now, these four military men are a mystery.