A Halloween Mystery: Women Dressed as Men in an Old Photo 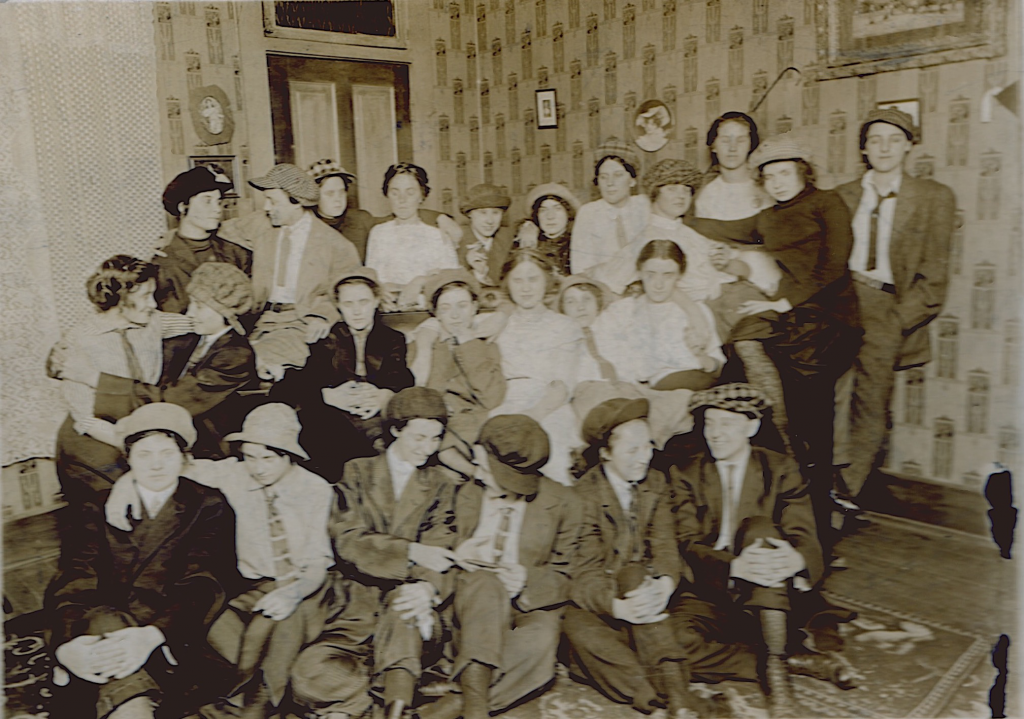 Laura Pinhey knows a lot about this picture, but there is one aspect of it that has her scratching her head. Look closely. These are all young women, many dressed in men’s clothing. Why?

Here’s the progress Laura has made on her questions so far:

Who owned the mystery photograph?

She came into possession of this photo when she inherited a box from her great-grandmother Agnes Fogle McDonald. There’s a clear chain of provenance (history of ownership):  This and other photos were passed down to Laura’s grandmother, then her mother, then Laura. She’s the family genealogist of her generation.

Agnes was born in 1897 in Sorgho, Daviess County, Ky. Her family moved across the Ohio River to Evansville, Vanderburgh County, Ind., around the turn of the century. Agnes attended school through sixth grade, and worked as a cutter in a cigar factory until she married at age 20.

When you look for your ancestors in census records, watch for details on the years of school completed. It wasn’t unusual for people to have eight or fewer years of education.

Who’s in the picture? 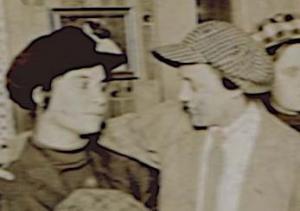 Laura believes her great-grandmother is in the next-to-back row, wearing a plaid cap on the left. The woman in the dark cap could be the same woman, “Stella F,” in other photos from Agnes’ collection. Laura suspects Stella may be the wife of Agnes’s eldest brother, Hallie.

The most puzzling part of this image is how the young women are dressed—as though they’re wearing their brothers’ clothes. In the first two decades of the 20th century, it was common for women to have fun by donning men’s clothing. (And men would sometimes clown around in women’s hats or dresses.) Usually, it’s a small group of sisters and friends, but 24 women are in this picture, not counting the photographer.

This could be a group of women who worked or attended school together, or lived in the same small town. It could be a Halloween party or a play—we may never know for sure.

The 1910s, when Agnes was in her teens and the family lived in Evansville, is a good time frame for this image.

What are the next steps to solve this old-photo mystery?

To help answer her remaining questions about this old-photo mystery, Laura should:

Get more help finding clues in unidentified family photos and solving your old-photo mysteries with our PDF ebook Uncovering Clues in Family Photos.