Your ancestors’ style choices can not only help you identify when a photo was taken, but they can also give you clues about their lives and experiences.

It’s common practice to look for photo clues in clothes and accessories, but what you may not know is your ancestor’s facial hair can contain a wealth of information as well! Men styled their beards and mustaches in different ways and for different reasons throughout history.

Here is a quick overview of the history of facial hairstyles in the United States. From frontier beards to waxed mustaches, here’s what you need to know to identify key clues in your ancestors’ facial hair.

Due to political conflicts at the time, facial hair was somewhat associated with the French and therefore avoided by many. However, you will also see some examples of men sporting fringe beards under the chin.

The 1850s were a tumultuous time for men’s hair, particularly in England. After years of being discouraged from growing facial hair, a ‘mustache movement’ began to take place among the British Army in 1831, specifically those in India. These styles would still raise eyebrows until the Crimean War when the tables turned and men were encouraged to grow bushy beards to protect them from the bitter cold. Facial hair took on new meanings of bravery and manliness and their popularity grew in both Europe and the United States.

Beards continued to grow in popularity, in part due to the influence of unshaven frontiersmen. By the time the Civil War began, men across the country were sporting a wide array of facial hair styles.

General Ambrose Burnsides’s distinctive style of whiskers with a clean-shaven chin came to be known as “sideburns.”

Abraham Lincoln grew his distinctive beard on the advice of a young girl named Grace Bedell. Following US Presidents Ulysses S. Grant, Rutherford B. Hayes and James A. Garfield followed his lead.

Even Uncle Sam himself gained a beard. Cartoonist Thomas Nast began drawing the character with a long beard, which would remain one of his key features.

After the war, men continued to wear many different styles of facial hair. When they went to the barber they could choose styles based on charts like the one below.

In the 1880s, James Wilkins chose a mustache known as the Pennant. In the 20th century, artist Salvador Dalí was famous for an exaggerated version of this style (this mustache was made famous again recently for retaining its extreme shape even after Dali’s death).

In this era beards became less common and more men choose to go clean-shaven or opt for highly styled and groomed mustaches. The handlebar style was popular, shaped with brushes and wax.

Remember, men would sometimes wear a style for a many years. In this photo, Orville Wright wears the Pennant style in 1905, 20 years after the publication of the beard trimming chart above.

Facial hair was an investment of time and resources. Men would visit barbers often to maintain appearances. The increase in men foregoing facial hair inspired young businessman King C. Gillette to patent his disposable razor in 1904.

By this time the “Victorian beard craze” was finally beginning to fade. During WWI, the US military required men to be clean shaven for sanitary reasons and also so that there wouldn’t be any interference with the seal of a gas mask.

However there was one distinct facial hair style that came out of this era, popularized by comedians like Charlie Chaplin and Oliver Hardy. This style is commonly called “toothbrush mustache.”

Film stars began to have an effect on popular facial hair styles. For example, Errol Flynn’s pencil thin mustache and Clark Gable’s distinctive look in Gone with the Wind.

Keep your eye out for some of these famous styles on your ancestor’s faces. If you have a family photo you’d like to learn more about, you can submit it via maureentaylor.com.

A History of Hair: Using Hairstyles to Understand Our Ancestors 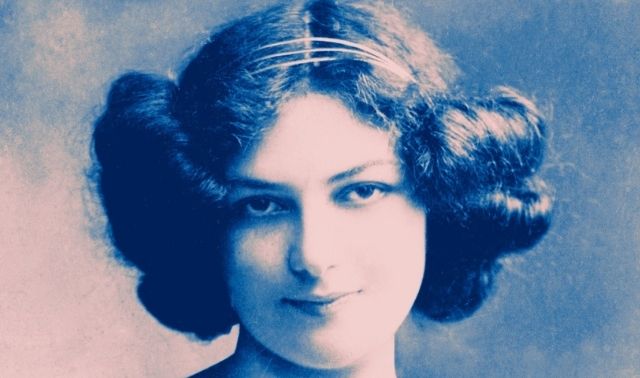 Understanding the history of hair will help you determine dates for photos—and give you more insight into your ancestors’ personalities.
Family Tree Magazine
Finding Photo Clues in Historical Hat Styles
This mystery photo features a lovely assortment of Gilded Age hat styles. Let’s take a closer look at the details in this photo, (including the hats!) to see what more we can learn.
Family Tree Magazine
Rules for Identifying Photographs: Study the Photo First
Maureen A. Taylor has a new uniform mystery to work through, and she’s letting us in on the steps of her investigation. Who could this gentleman be? See if you can help us work through the clues.
Family Tree Magazine